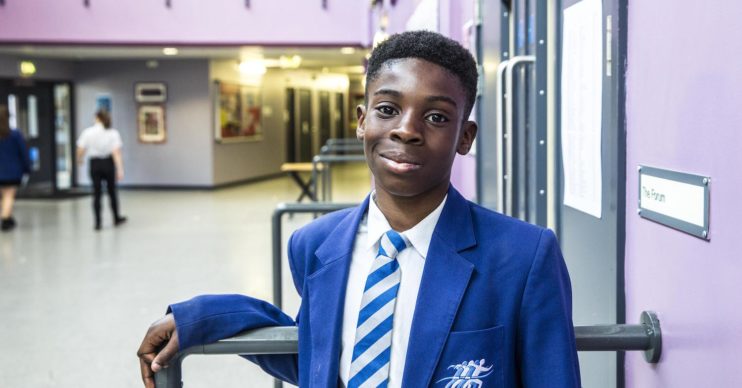 Educating Greater Manchester: when is the Channel 4 documentary on and which school is featured?

The documentary that follows the highs and lows of school life returns for a second series in Salford, Machester

Followed by ‘Educating Yorkshire’ in 2013, and ‘Educating Greater Manchester’ in 2017, now the cameras are going back into the classroom up north again.

One of the ‘realist’ reality series out there, the show has won Baftas and Emmys for its heartwarming scenes of children making their way through the day-to-day troubles of school life.

Which school is featured in the show?

The series is returning once again to Harrop Fold School in Little Hulton, Salford.

What can we expect from this series?

This series was actually filmed pre-Covid back in 2018, with head teacher, Mr Povey, presiding over the school.

There’s trouble to begin with as a tip-off from a member of the public claims to have seen a pupil with a knife, which leads to a school-wide bag search to find the culprit.

The Year 7s are branded the naughtiest yet, and there’s an illegal break- time trade of sweets, chocolate and drinks that needs to be stamped out.

Who are the children starring in the return to the school?

We get to catch up with some of the much-loved pupils of the last series – cheeky Vincent, who’s going into Year 10 and Katelyn, who is in Year 9.

Katelyn is desperate to become a midwife, but she gets in trouble when she keeps bunking off her lessons. Will she change her ways to get her dream career?

New pupil Jacob is sure to pull on the old heartstrings as he discusses his struggles with dyslexia.

The baby-faced boy says: “I don’t make a big deal out of it, like if I spelled something wrong, it’s not like I say, ‘Oh, it’s my dyslexia’ and I try getting help, I just try to do it better next time and all that. I don’t put everything on to my dyslexia. I can read a book, read a few pages then I’ll leave it for a bit. I’ve finished a book before, I finished my first book in Year 6.

We’re all rooting for you, Jacob!

Educating Greater Manchester starts on Tuesday, November 3 at 9.15pm on Channel 4, there are four episodes in the series.