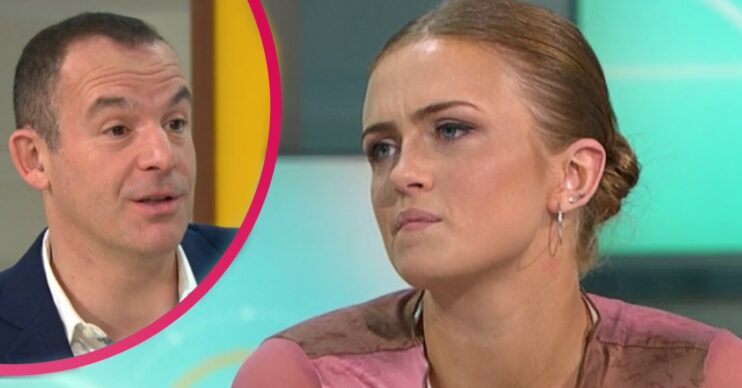 Aw, Maisie was brilliant on the show

EastEnders star Maisie Smith was praised by GMB viewers this morning (Monday December 6) after she admitted her appearance left her “shaking with nerves”.

The 20-year-old former Strictly contestant also opened up her own struggles with confidence issues.

And her honesty won her some new fans.

What happened on GMB with Maisie Smith this morning?

The star appeared on the show to throw on her support for GMB’s 1 Million Minutes campaign.

Maisie has designed a ‘listening bench’ in Windsor, and went on to talk about her mental health battles.

Showing snippets of TikTok videos, where she regularly documents her confidence issues, she opened up about her struggles.

“I’m always very open about mental health, it doesn’t matter who you are, where your from or what you have, everyone is going through something.

“I think the world would be a kinder place if everyone understood that.”

She continued: “I think people do think I’m confident because I cover my nerves with a big smile, and that’s what I’ve been doing my whole life, really.”

Martin Lewis then said that he could see that she was nervous.

Martin then reassured her and empathised.

“I’m one of those shy performers, too.  I’ve mentioned this on the show before – I’m terrible at going to meet people I’ve never met before.

Martin then asked if talking to one person or a hundred people is easier for Maisie.

She revealed her brain goes to “mush” when she’s under pressure, and that she writes a script to help her answer questions in interview situations.

@maisie_smith_ good on you Maisie for speaking out on @gmb today! You were amazing and you really couldn't tell how nervous you were! ❤️ Xx #gmb

@maisie_smith_ on #gmb talking about how it’s important to talk because you don’t know what someone is going through is so important and brave, especially as a public figure, you can tell she was nervous, everyone needs to be kinder

Well done Maisie, seems a really nice, genuine young lady, I’d love to see Loads more of you on TV, Hope you have loads lined up for After Eastenders! Doing other things and spreading your wings will Boost your confidence 💖👌🏻 xx #GMB

How did viewers react to Maisie’s appearance?

However, it wasn’t long until viewers took to Twitter to praise Maisie for her bravery, and her message.

One said: “Kudos to @maisie_smith_ for her appearance on @GMB this morning, to raise awareness for #MentalHealth via her #LoveToTalk bench in Windsor & the #1MillionMinutes campaign.

Another wrote: “@maisie_smith_ good on you Maisie for speaking out on @gmb today!

“You were amazing and you really couldn’t tell how nervous you were!”

A third added: “@maisie_smith_ on #gmb talking about how it’s important to talk because you don’t know what someone is going through is so important and brave, especially as a public figure, you can tell she was nervous, everyone needs to be kinder.”