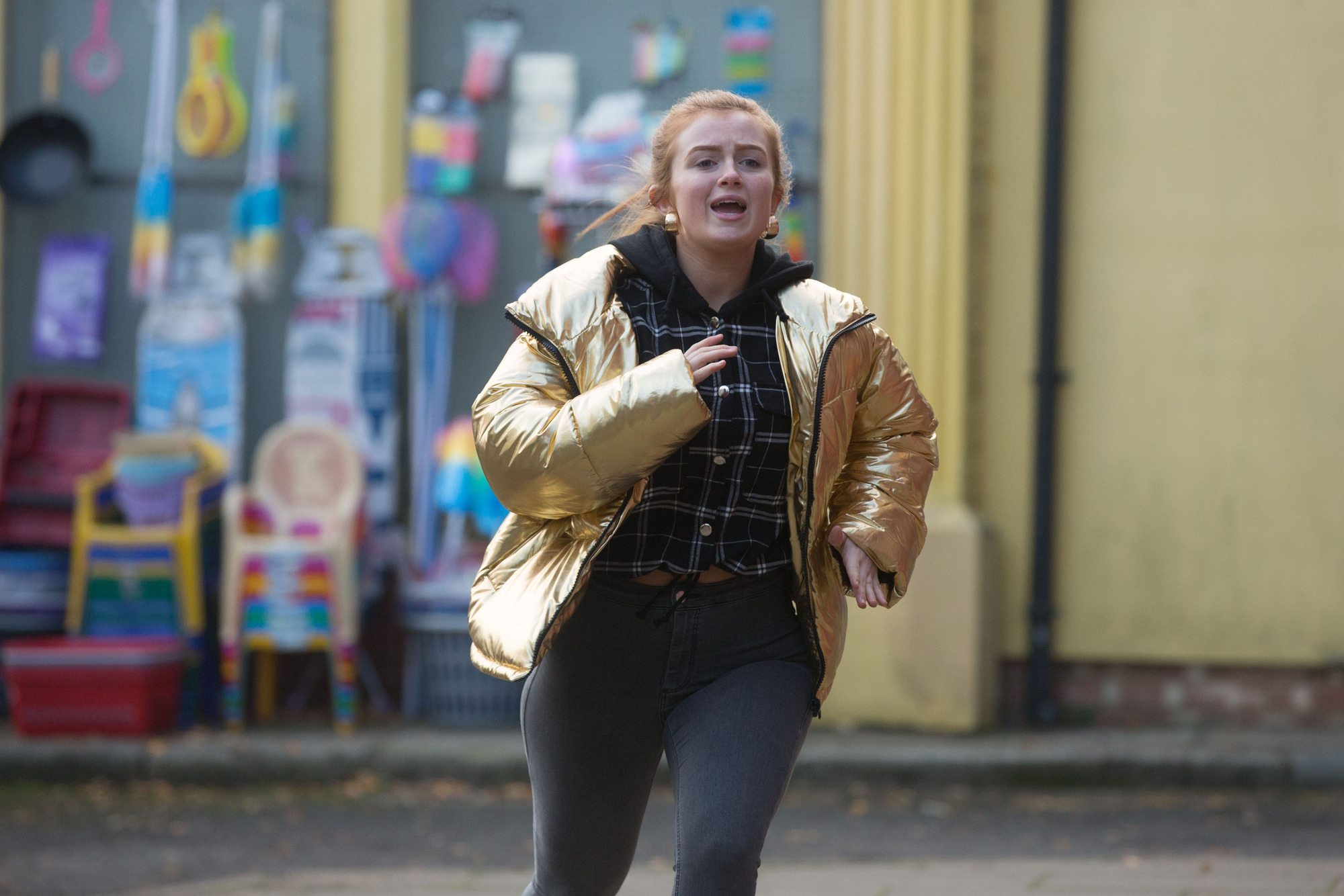 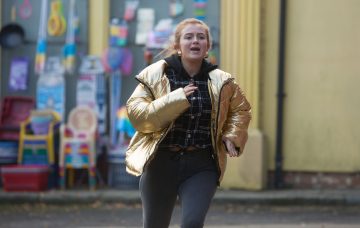 What is she so scared of?

It’s pretty obvious Tiffany Butcher is hiding something pretty massive about why she is back in Walford.

She’s already lied to ‘sister ‘Whitney about what she’s doing back in the Square, and she’s looking decidedly shifty.

But things are about to get even worse.

This week there are some big revelations about what Tiff’s been up to (anything to do with that pregnancy test Whitney comes across?!) and Whitney’s bewildered by the whole thing.

She decides to do some digging about what’s going on with Tiffany’s mum Bianca up in Milton Keynes, and asks B’s sister Sonia if she’s got any ideas about what’s happening.

With Sonia at a loss, and Tiffany making her presence felt all over Albert Square, Whitney decides the best thing to do is put her plans to move to Wakefield on hold for a while and go to visit Bianca instead.

But when Tiff finds out what Whitney’s doing, she’s horrified at the very idea of her talking to her mum and chases after her sister to make her change her travel plans.

In fact, Tiffany is so determined to stop Whitney leaving that she almost gets run over as she tries to catch up with her.

Realising that something pretty huge has gone on, Whitney decides to get to the bottom of it, but when Tiff realises that her secrets are about to be revealed, she legs it.

And that’s when things get really bad for the sassy student.

By Friday’s episode, Tiffany’s in terrible danger. But what’s she hiding from? And will Whitney track her down before it’s too late?