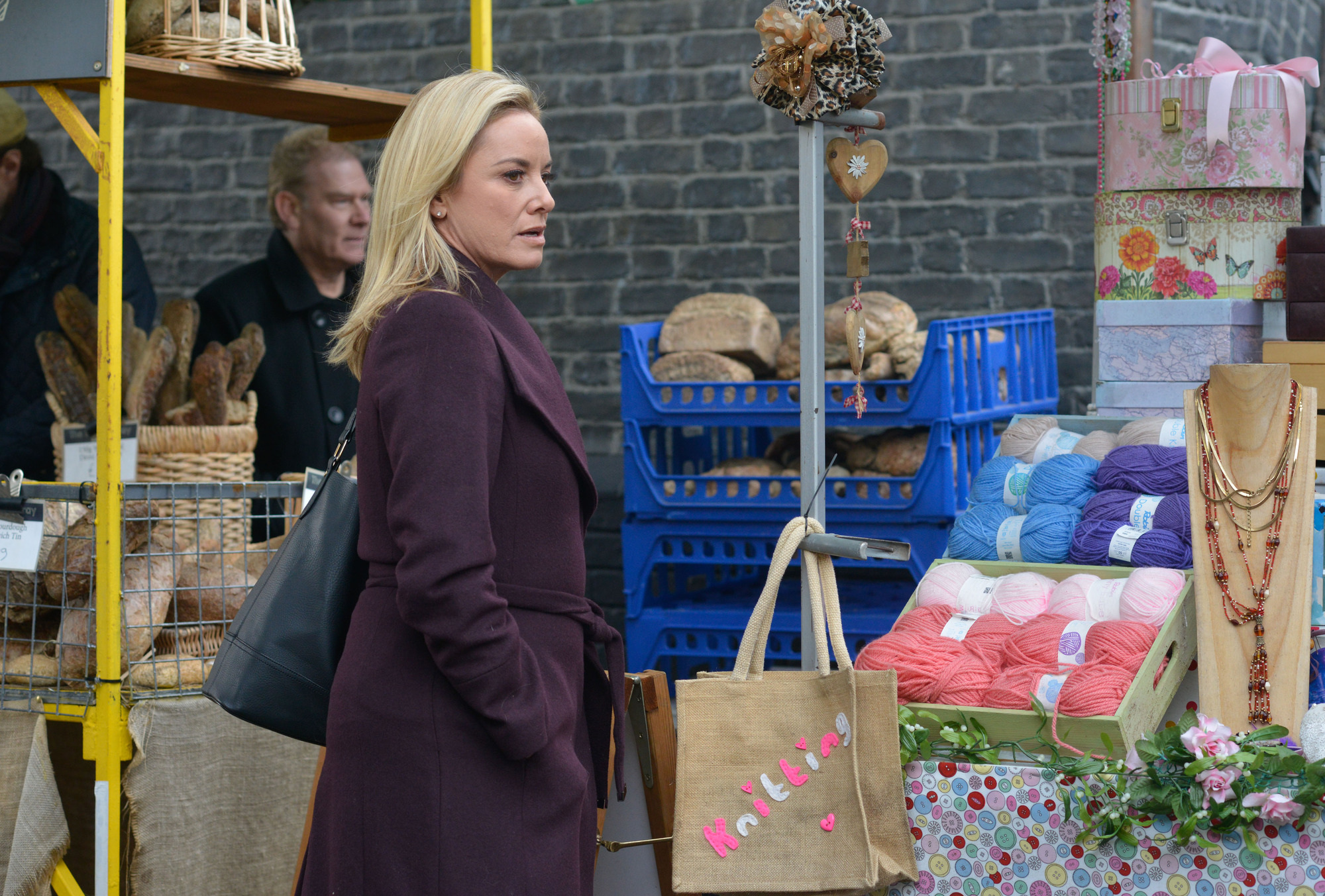 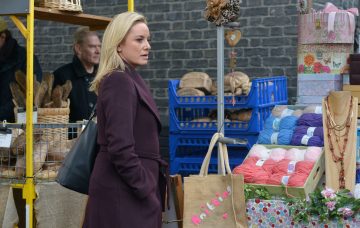 She’s not going to stop until she gets some answers…

Mel Owen is a woman on a mission this week in EastEnders as she continues to hunt for the missing heist money.

But as she starts to get desperate… it looks like one unsuspecting Walford resident could be in danger as criminal mastermind, Ciara, starts to get impatient.

With Ben disappearing off to Calais, Mel is forced to return to Walford to find out more about the missing money.

But what exactly happened to Ben? We know he discovered the money was gone – having been replaced by someone with a suitcase of newspapers – but by who?

And more importantly, is Ben dead or alive?!

With someone secretly hiding the heist loot – Mel is put in charge of finding out who it is.

He first stop is Kathy. With Ben gone, Mel is convinced that unsuspecting Kath might still be in touch with her son, making her number one target.

After Ben gave Kathy that necklace, it’s clear the pair are close – but surely Mel saw Ben throw his phone in the sea?

As she does some digging with Kathy, Mel hints that she might be sticking around in Albert Square – little does Kathy know this is DEFINITELY not a good thing.

But Mel’s plan is almost thwarted when beady-eyed Donna spots her spying on the cafe.

Managing to worm her way out of the fact she was keeping a close eye on Kathy, Mel comes to the realisation that Donna used to share a house with Ben and realises she might come in handy.

Visiting their home, she asks to see Ben’s room. Hoping that he might have left some clues before his departure for France.

But will Jay and Donna really let her sniff around their friend’s belongings?

Mel is forced to meet with Ciara and reveal that she’s none the wiser about who’s got their hands on the cash… and her boss isn’t happy.

Clearly having some sort of hold over Mel, Ciara threatens her. Could her blackmailing have something to do with Mel’s son, Hunter?

As the pair’s discussion gets heated, Ciara delivers Mel an ultimatum and storms off.

But if Mel and Ciara don’t have the cash – then who does?

EastEnders continues tonight at 8pm on BBC One.