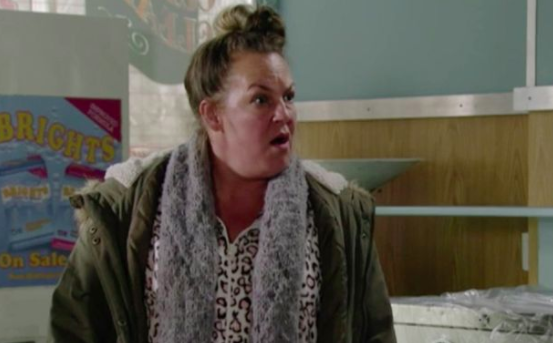 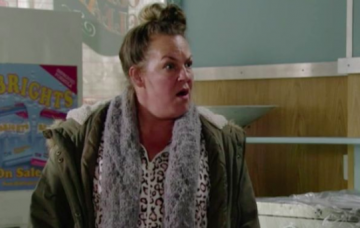 This didn't go down well

Karen, who was heading to the launderette, shouted at the man when she entered the building.

Read more: Devastation for the Brannings as Abi’s life support is switched off

He was standing by one of the washing machines when she yelled: “Oi! We don’t need no asylum seekers squatting around here thanks, so jog on.”

As if that wasn’t bad enough, she followed it up by suggesting the man go “back to where you came from”.

The bemused man turned round and pointed out that he came from Hampstead.

Not only that, but he was also the new owner of the launderette.

Karen tried to back-peddle when she realised who he was and that he was hiring, but the new owner was having none of it and told her to jog on.

She then surmised that she’d probably blown her chances at getting an interview for a position at the launderette.

But rather than find the mix-up amusing, fans were stunned at Karen’s comments.

“Didn’t think Karen was one to be racist,” added another.

A third ranted: “Way to ruin a character in 5 seconds by making Karen racist. Really disappointing to have done that scene. Not all white working class people are racist.”

Karen and the rest of her clan have been controversial figures since they first arrived in Walford last summer.

But despite their brashness, viewers had really taken Karen to their hearts with her love for her family and her very relatable struggles with money.

Let’s hope the fandom are in a forgiving mood.