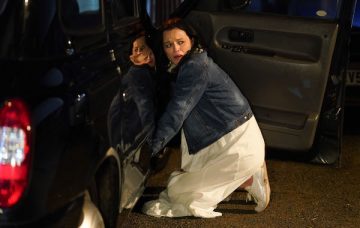 But they loved actor Katie Jarvis!

Hayley Slater went into labour in last night’s EastEnders. And in keeping with her somewhat chaotic pregnancy, she didn’t make it to hospital to give birth to her daughter.

Instead, the new mum’s birth did not go to plan!

First off, she gave Ian a lift  in her cab. Ian wanted to go to Walford Borough Council but Hayley didn’t want to take him so she turfed him out at the tube station.

And though she announced that if he didn’t get out she’d come into the back seat and “have this baby all over you” he didn’t seem to twig that poor Miss Slater was in labour.

Stuck in the taxi, Hayley timed her contractions and thought about phoning 999. But she didn’t.

As her labour pains got stronger, Hayley started to bleed dramatically all over her white Halloween costume.

While she panted by the side of the cab, some trick or treaters asked if she was okay. But when Hayley asked for help, they got scared and ran away.

She staggered to a nearby house but got sweets instead of help. And finally she ended up in a crack den where her manic appearance and bloodied outfit even scared off the local druggies.

As Kat realised her cousin had gone missing in labour and began to search for Hayley, the mum-to-be chatted to her unborn baby in the squat, emotionally sharing stories about her own tricky childhood.

When her baby arrived, Hayley was terrified as the little girl stayed silent and begged her to wake up.

But EastEnders viewers weren’t impressed by the dramatic events. 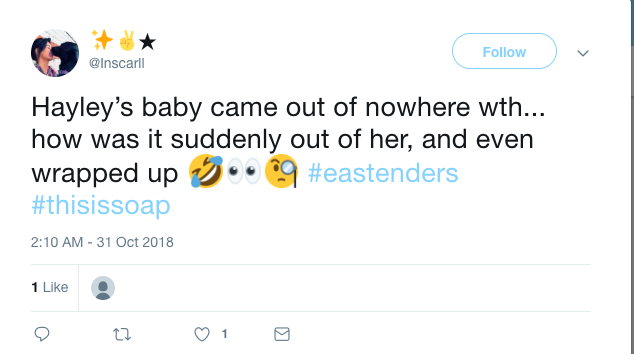 “Utterly ridiculous,” said one disappointed fan. While another said the storyline was “so stupid”.

Lots of viewers were bewildered by why Hayley didn’t phone for an ambulance. 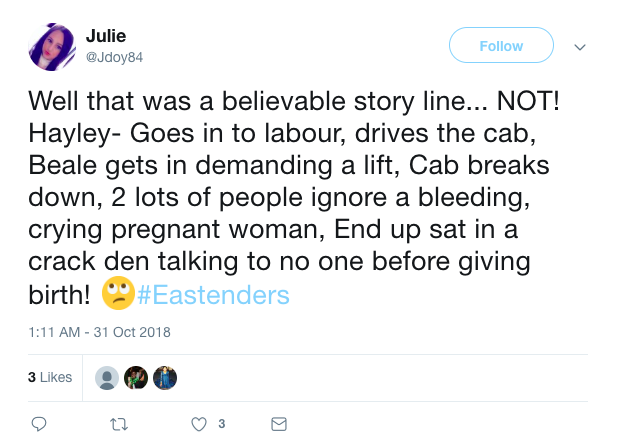 Others wondered how viewers were supposed to feel about Hayley.

“This Hayley girl is so annoying,” said one. “Are we supposed to like or care about Hayley Slater?” asked another. 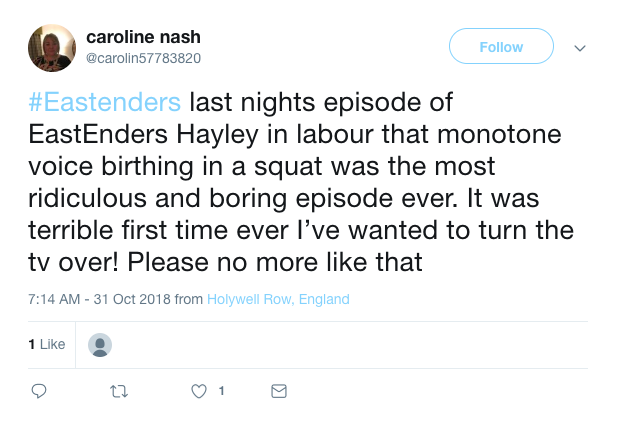 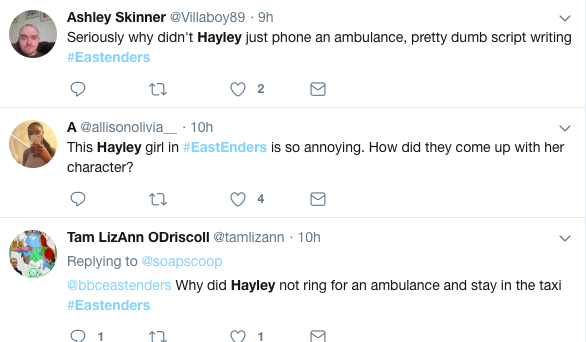 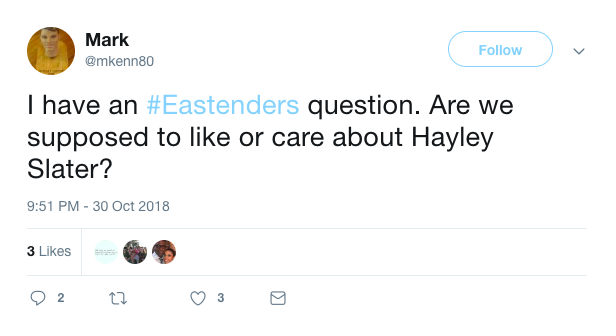 But Katie Jarvis, who plays troubled Hayley, got a lot of praise on social media for her acting in the episode.

“Katie Jarvis was brilliant,” said one impressed viewer, while another fan called her “amazing”. 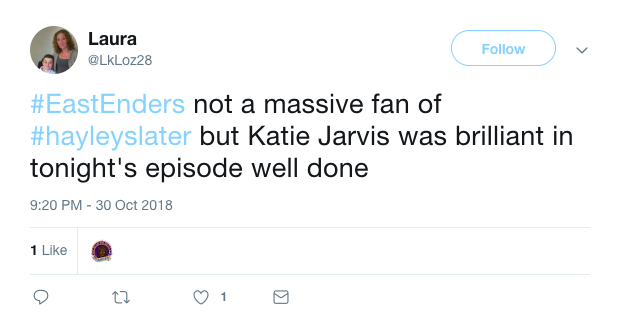 What did you think of the dramatic birth scenes? Let us know by commenting on our Facebook page @EntertainmentDailyFix!