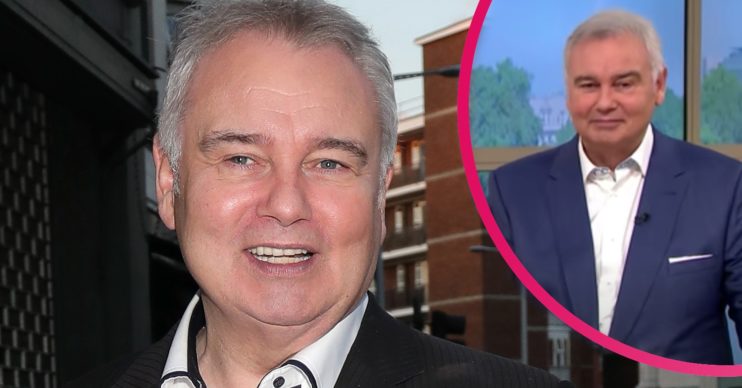 Eamonn says he is a self-employed freelancer

Eamonn Holmes is reportedly set to use his axing from This Morning as part of his £250,000 tax appeal bid.

The former Friday This Morning host, 61, will apparently use his departure as a permanent host to appeal a new change in how television presenters are taxed.

The HMRC has targeted presenters in recent years, arguing that they should be taxed as employees rather than as freelancers..

This ultimately can lead to the presenter being charged more in taxes.

But now he is reportedly set to use his axing from This Morning as reason to appeal.

Eamonn and his wife Ruth Langsford, 61, were let go last year from This Morning and replaced by Dermot O’Leary and Alison Hammond.

A source claims that Eamonn will argue this proves his work was never secure and, as such, he’s a self-employed.

The source told The Sun: “Eamonn argued all along his job could disappear at any time. Now he has proof.

“While it is upsetting, it has brought new hope he can win his appeal.”

Indeed, last year tribunal judge Harriet Morgan concluded there was “at least a sufficient framework of control to place the assumed relationship between ITV and Mr Holmes in the employment field”.

She added: “On that basis and, having regard to all other relevant factors, my view is that overall, throughout all relevant tax years, the assumed relationship between ITV and Mr Holmes was one of an employment rather than self-employment.”

What has Eamonn said about his tax bill?

A spokesperson for Eamonn released a statement following the decision.

It read: “Eamonn has always considered himself a self-employed freelancer and has never knowingly avoided paying taxes.

“He is taking the time to understand the extensive document detailing the outcome.”

In October of last year it was confirmed that Eamonn would appeal his case.

He told The Sun at the time: “There is nobody more freelance than me but they are trying to prove our jobs are regular and guaranteed.

“Yet they could go at any moment.”

Eamonn and Ruth were said to be devastated when they were replaced on Fridays on This Morning.

Instead they now fill in during holidays. The husband and wife presenters had maintained their Friday slot for 15 years.