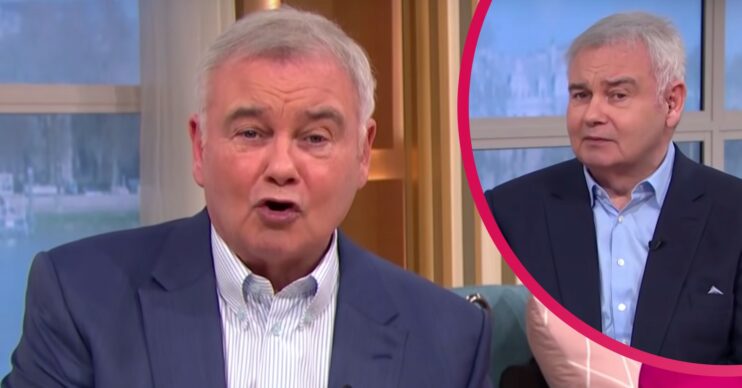 Eamonn Holmes was axed from This Morning because viewers didn’t want to watch him, a newspaper report has claimed.

According to the Mail on Sunday, ITV bosses “carried out extensive analysis” which reportedly indicated the broadcaster’s popularity had declined.

Ofcom received hundreds of complaints over the COVID conspiracy remarks and ITV was issued guidance over the matter.

As a result, Eamonn clarified his comments the day after they were made in April 2020.

Eamonn Holmes ‘axed from This Morning’

An insider is quoted as saying about Eamonn’s departure: “ITV is always looking at what the viewers want, what the people watching the show want.

“Put it this way, they wanted change, the viewers didn’t want to watch him any more.

“Things have to change, they evolve and for him to say there was no explanation isn’t true. Maybe Eamonn just didn’t like the reasons given.”

The viewers didn’t want to watch Eamonn Holmes any more.

A representative for ITV told ED!: “Eamonn was a key part of the This Morning family for 15 years and we wish him all the best.”

What Eamonn Holmes said about This Morning and Phil

Eamonn indicated on Instagram yesterday (Saturday February 19) he had “no regrets” as he told followers he was in a “reflective mood”.

His post followed the publication of an interview with the Daily Mail Weekend magazine in which it was reported he branded This Morning bosses “sly”.

Phillip, 59, has not broken his silence on any of Eamonn’s comments.

But the Mail indicated he and ITV considered a previous report Eamonn was “snubbed” following his This Morning exit as “odd”.

A source linked the story to the timing of Eamonn’s announcement about moving to GB News. And they also suggested “things got bad” between Eamonn and Phillip.

They claimed to the Mail: “There is no love lost between Eamonn and Phil, so it is odd that Eamonn would have expected to have any contact.”