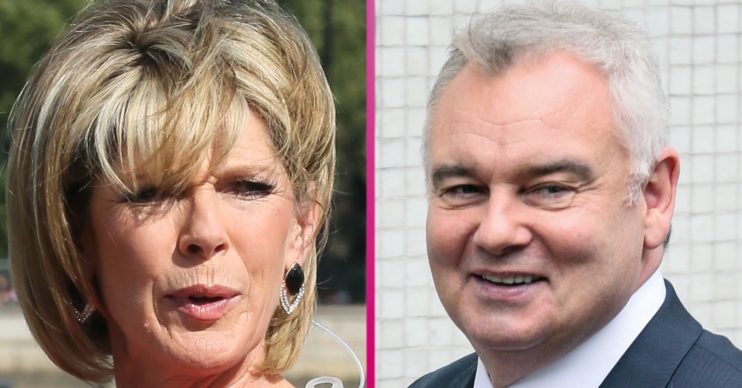 Why aren’t Eamonn and Ruth on This Morning? Viewers gutted they aren’t hosting during the holidays

This Morning viewers are fuming as Eamonn Holmes and Ruth Langsford failed to host this Bank Holiday Monday.

However, they were nowhere to be seen, instead replaced by Alison Hammond and Dermot O’Leary.

Furious viewers took to Twitter to vent their disappointment.

Why are This Morning viewers so angry?

One viewer fumed: “Alison and Dermot on ALL week.

“We don’t want them on our TVs. We want Eamonn and Ruth, for the sole reason, they know how to present a TV show.

Read more: Dermot O’Leary criticised for ‘cutting off’ guest on This Morning

“You tried Alison and Dermot. And they have failed. Bring back Eamon and Ruth. #ThisMorning.”

Another viewer moaned: “Here we go… Bring on the dull… WHERE IS EAMONN AND RUTH? #ThisMorning.”

And a third viewer argued: “Everyone will miss Eamonn and Ruth this week! #ThisMorning.”

And a fourth confused viewer asked: “Why are Alison & Dermot on? I thought Ruth & Eamonn were doing the holidays? #ThisMorning.”

A fifth user wondered: “I wonder if Eamon and Ruth are in Portugal right now. #ThisMorning.”

Eamonn and Ruth were replaced by Alison and Dermot on the Friday This Morning slot this year.

Instead, the married couple typically cover holidays and other days the permanent presenters Holly Willoughby and Phillip Schofield are unavailable.

But Eamonn and Ruth haven’t been seen on This Morning since the Easter break.

Where are Eamonn and Ruth?

Yet ITV says that they will be back this summer.

A spokesperson said: “Alison and Dermot were always due to present next week. Eamonn and Ruth will be presenting over the summer.”

Meanwhile Alison and Dermot recently admitted the challenges of hosting together.

In fact, Alison even said their on air relationship was a bit like an “arranged marriage”.

Appearing on Lorraine, the former Big Brother star said: “We literally were thrown together, like an arranged marriage. It took about two months before we became comfortable.”

Then Dermot added: “When you start a show and you start with someone they normally go, ‘Oh you need to meet so and so. This is the person we’re thinking about pairing you with’.

“You go out for lunch or you have a meeting. But this was literally like, ‘You’re on air in half an hour’.”