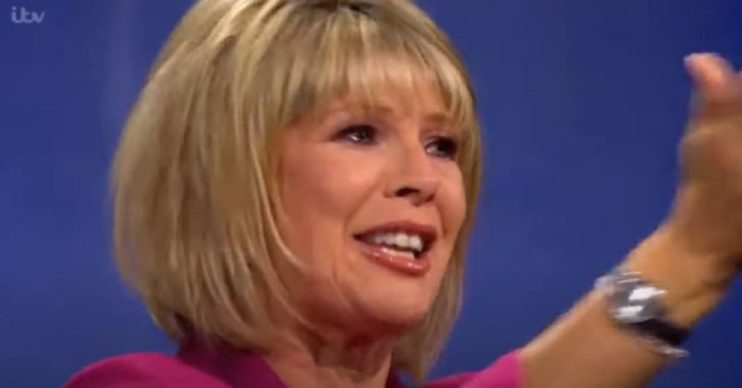 TV couple won £30,000 for charity during Play Your Cards Right

Telly host Eamonn Holmes has explained why Ruth Langsford sobbed after the couple won £30,000 for charity.

Following their victory, Ruth revealed their winnings would be donated to the Alzheimer’s Society.

But despite their success, an emotional Ruth was seen wiping away a tear or two while celebrating with host Alan.

Read more: Scarlett Moffatt says she’s ‘learned not to cringe’ in the mirror as she poses in a bath towel

A proud Eamonn addressed why in a live chat on Instagram after the pre-recorded programme had aired.

He said: “I just wanted to come on and talk to you and say thank you. Earlier this evening Ruth and I appeared on ITV, on the new Alan Carr revival of classic game shows and tonight was Play Your Cards Right.

There are a number of reasons why she got very emotional.

“It was recorded quite a long time ago and we were sort of watching it as though we didn’t know what was going to happen. But what did happen is that we won. And we didn’t just win, we won £30,000 for charity and the charity in question was the Alzheimer’s Society.”

The This Morning presenter added: “Ruth was very overwhelmed at the end and she broke down in tears. And as I said on Twitter and Instagram, she had a very good reason to weep.

“When this happened there was a lot going on in her life as well. It was the first programme she had done after the death of her sister. So there was a big well up of emotions within her.”

Thank you @itv @chattyman …this money will help so many people SO proud to represent @alzheimerssoc and my darling Dad Dennis. Thank you @eamonnholmes for always being by my side ❤️

Eamonn also captioned a snap of Ruth on the show: “Once again so proud of her for all she does in the fight against this cruel disease.”

Ruth shared the same image on her social media and paid tribute to both her late father – who passed away in 2012 – and husband.

She wrote: “Thank you @itv @chattyman. This money will help so many people SO proud to represent @alzheimerssoc and my darling Dad Dennis.

“Thank you @eamonnholmes for always being by my side.”