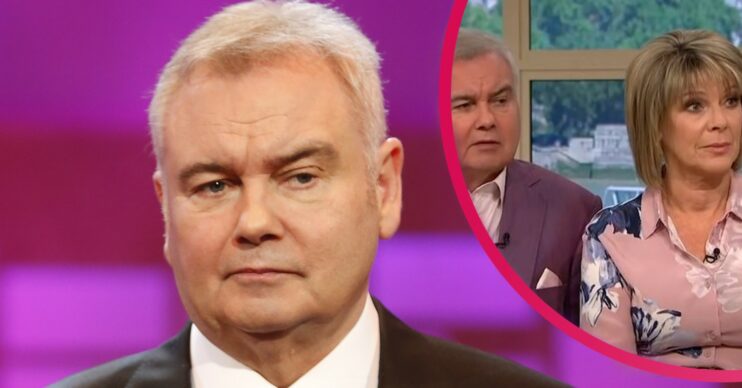 Eamonn Holmes has reportedly quit This Morning after 15 years on the show as he’ll be joining GB News.

At the start of this year, the presenter, 61, and his wife Ruth Langsford were replaced by Alison Hammond and Dermot O’Leary on the Friday editions of the show.

But now reports claim Eamonn is done with the programme for good and will host his own show on GB News.

A source has told the Mirror: “Eamonn’s move to GB News marks the end of an era.

Read more: Eamonn Holmes admits ‘worry’ as he issues update on his health

“He’ll be missed by many ITV viewers but, the truth is, this job offer probably came at just the right moment for both him and ITV. All good things come to an end.”

Meanwhile, the report claims Ruth is “unlikely to remain on the show without him” but will continue as a regular on Loose Women.

ED! has contacted reps for Eamonn, This Morning and GB News for comment.

Fans felt gutted over the reports and shared their thoughts on Twitter.

One person said: “Nooooooo! @EamonnHolmes what have you done?? #ThisMorning needs you and Ruth!!”

A third added: “@EamonnHolmes gutted but happy if it’s what you want.”

Earlier this year, This Morning bosses received a mixed response when they announced Alison and Dermot would be taking over from Eamonn and Ruth on Fridays.

At the time, Eamonn and Ruth said on Twitter: “It’s a changing of the guard on Fridays from January.

“We hope you make Alison and Dermot as welcome as you’ve made us over the years.

“Have a Ball you two! It’s not goodbye from us, it’s simply Au Revoir until the next half term.”