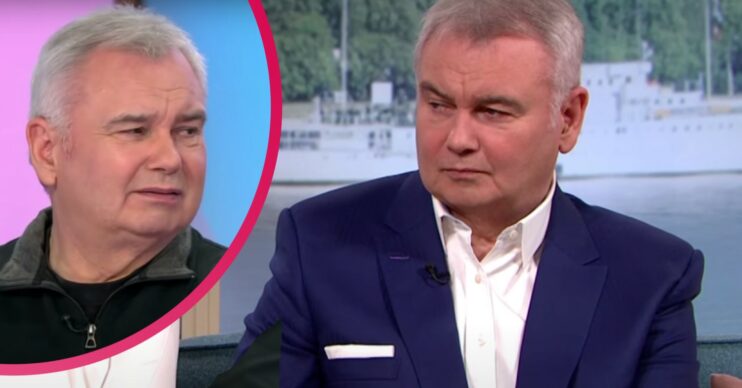 Eamonn Holmes ‘feud’ with Anthea Turner: Rumours of rifts with other TV presenters

Eamonn's professional relationships have sometimes been the subject of press claims

The 1990s ‘feud’ between Eamonn Holmes and Anthea Turner is in the headlines again following a tabloid interview with her.

Anthea, 61, indicated she felt a sense of “injustice” over representations of her going back to her time on GMTV. Eamonn reportedly branded her ‘Princess Tippy Toes’.

Anthea also hinted to The Sun on Sunday (June 13) that while any tension between her and Eamonn has gone, she hasn’t forgotten about it.

But who else has Eamonn reportedly ‘fallen out with’?

What Anthea Turner has said about ‘moving on’

Reflecting on how women in TV are perceived, Anthea did not mention Eamonn by name as she admitted the “terrible moments” of being “misrepresented” had really hurt her.

Anthea said: “I think as you get older, you look back and smile. It’s more like water off a duck’s back now.

“I definitely haven’t got ‘bitter’ or ‘twisted’ tattooed across my forehead.

“I haven’t weighed myself down with anything from the past, or any of that negativity.”

How was the Eamonn Holmes and Anthea Turner feud settled?

According to reports, Eamonn made contact with Anthea in 2005 and the pair made up.

Later, in 2018, the former colleagues sat across from one another on the This Morning sofa. Anthea joined hosts Eamonn and Ruth Langsford for an item about maintaining friendship with exes.

Some people think we hate each other.

He referred to their past falling out with a smile, saying: “Well you are an ex of mine and we’re on good terms. Some people think we hate each other.”

Which other famous faces has Eamonn ‘fallen out’ with?

The presenting pair were said to have endured an ‘awkward’ moment backstage at the NTAs when Eamonn reportedly pushed an award out of Phil’s grasp.

However, a representative for Eamonn insisted he had no issues with his fellow broadcaster.

Some months beforehand, press reports also claimed Eamonn’s wife Ruth Langsford made a formal complaint to TV bosses about Phillip. This was denied by ITV.

Many This Morning viewers were also unimpressed with a ‘hot tub’ gag Eamonn made in February 2020 after Phillip came out.

But Phillip himself insisted he was “very happy” Eamonn had given the moment some levity.

And last November, another former breakfast TV colleague of Eamonn dismissed rumours they didn’t get on.

Fiona Phillips furiously slammed a claim by one Twitter user as “utter [blank]”.

Indeed, despite the rumours she shut down, Fiona has previously insisted the pair were tight.

Speaking in 2019 about the “great fun” they had together, Fiona said: “We had great fun. We spent a lot of time laughing and always getting told off by producers because we talked too much or we ran over time. We did things we weren’t supposed to but it was great.

“He was often in my dressing room… he’d go on a gossip rant.”