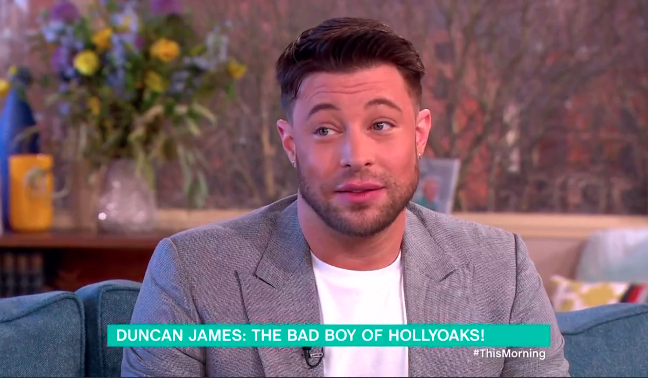 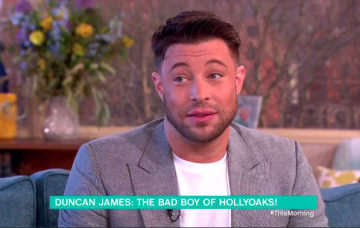 Does he kill again?

He told this week’s hosts Emma Willis and Rylan Clark-Neal the tantalising news that “there’ll be another death”. Eek!

The Blue singer and actor, 39, appeared on the morning chat show to discuss his impending departure from the C4 soap.

And shared a nugget of gossip with fans, saying: “Just a little teaser, there will be another death!

“It’s Hollyoaks, of course there will be another death! A comeuppance is coming…”

So does he mean that his character Ryan Knight is killed? Or that he murders one more time before legging it?

Duncan, who revealed in December that he’d shortly be leaving the show, said: “Ryan is really complex but, the fact of the matter is, he killed innocent people – so he has to be punished at some point.”

Ryan has killed off a few Hollyoaks faves but, next week, his lover Ste discovers the truth.

He told viewers that the Hollyoaks cast were thrilled to make the list (unlike EastEnders).

He said: “We are really excited. It’s such a huge accolade for us. We work really hard and everybody is amazing and puts 110% in. It’s like a family like there, so for us to be nominated… we are just really, really proud.”

He also discussed turning 40 this week and his struggles with his sexuality, comparing it to Ryan’s, but insisting: “I’ve never killed anybody.”

Well thanks for clarifying that, Dunc! We can sleep well tonight…

Will you miss Duncan James on Hollyoaks? Leave us a comment on our Facebook page @EntertainmentDailyFix and let us know what you think!