The Duchess of Cambridge will be the guest of honour on Mary Berry's Christmas TV special, a newspaper report has claimed.

The festive BBC One show is expected to show Kate Middleton and the former Great British Bake Off star teaming up to cook up a feast to treat a group of charity workers who give up their Christmas and New Year to look after others.

Other famous faces are also expected to lend Mary a hand - and the Mirror speculates the big bash may even occur at a royal venue.

It is believed filming is underway for The Mary Berry Royal Christmas Show and will continue for some weeks.

Kate's getting involved in a Xmas TV special (Credit: SplashNews.com)

A unnamed source is reported to have said: "What better way to spread some Christmas cheer than to team up cookery royalty Mary Berry with real royalty in the form of Kate?

"Between them they will bring seasonal goodwill to their guests and to the millions of viewers watching. Expect a properly uplifting Christmas treat."

All will be revealed in due course.

A BBC spokesman declined to comment to the Mirror beyond telling the tabloid: "All will be revealed in due course."

Kate, 37, and Mary, 84, are thought to have become friends after first meeting at an event supporting charity Child Bereavement UK in 2013. 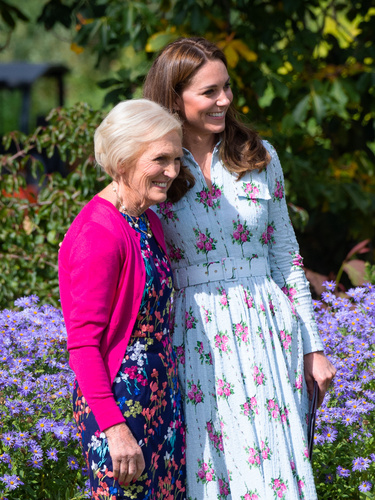 Mary and Kate pictured together in September (Credit: SplashNews.com)

It is also believed they share a keen interest in horticulture - with Mary present as Kate unveiled her Back to Nature garden a couple of months ago.

The pair were seen chuckling and chatting together at RHS Wisley in September.

Kate said at the time: "It's really important the kids start to understand nature, and care for it, so they can protect it as well." 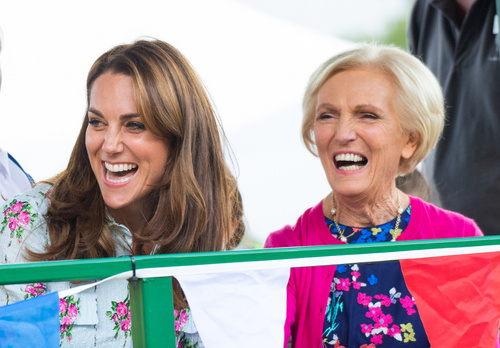