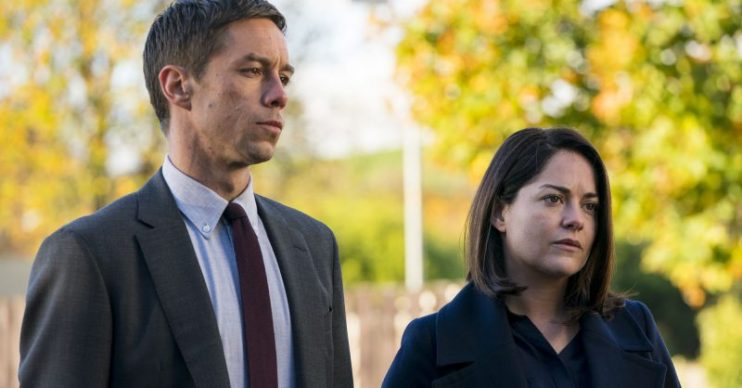 Dublin Murders viewers think they already know who the killer is

Some had her 'marked from the start'

Gripping BBC drama Dublin Murders only started this week, but some viewers think they already know the identity of the murderer.

Warning! Spoilers for episode two ahead.

The second episode gave us a further look at the Devlin family, raising a number of suspicions with viewers at home.

Dad Jonathan was brought in to identify his daughter’s body and, understandably, became furious when the viewing room curtain got stuck and wouldn’t open.

Later, he showed more of his violent side when he stormed into his living room and roared at his family to turn the TV down – only to be set upon and beaten by his wife, Margaret.

The eldest of the Devlin girls, Rosalind, wears unusual traditional clothes and carries herself with a stiff, formal manner while at home – and some fans are certain she had something to do with her younger sister’s murder.

One wrote on Twitter: “I’m thinking the elder sister killed her to protect her from the father.”

The viewer could be referencing a creepy scene in the first episode that suggested Jonathan might be a paedophile. The dad got out of bed in the middle of the night to look in on his twins, then went to Rosalind’s room and found the older girl in bed with Katy’s disabled twin, Jess.

Another tweeted a similar theory, writing: “That bra-less sleeping with her eyes open weirdo teenager had something to do with her sister’s death. #DublinMurders.”

A viewer who agreed tweeted: “Yeah. Had her card marked from the start.”

Someone else, annoyed at having to wait until next week for the story to continue, didn’t know what to think, tweeting: “Hooked on this #DublinMurders. I have so many theories going through my head. Fuming we now have to wait a week until the next episode.”

Viewers might suspect Rosalind at this stage but it doesn’t seem like detectives Cassie and Rob are thinking along the same lines.

Later in the second episode, the teenager slipped away from her home at night for a secret meeting with Rob.

She falteringly asked him, welling up with emotion, whether or not her little sister had been raped.

When Rob assured her there was no evidence of it, Rosalind breathed a sigh of relief and told him: “Why should that matter to me so much? Why? The worst thing that could have happened has happened.”

Who do you think killed Katy? Leave us a comment on our Facebook page @EntertainmentDailyFix and let us know.