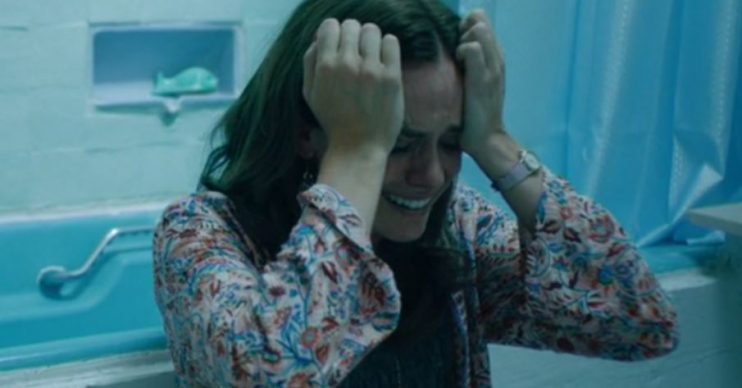 The 30-year-old star – ex-girlfriend of the Duke of Sussex, Prince Harry – plays Sheila Caffell in the new six-part series based on the mass murder of an Essex family 1985.

Cressida’s character is the sister of Jeremy Bamber, who was found guilty of shooting dead his adoptive parents, Sheila and her two six-year-old twins, Daniel and Nicholas.

The killer was initially thought to be former model Sheila, who suffered with mental health issues, as cops were convinced she murdered her family and then turned the gun on herself – before attention turned to her brother.

Jeremy is played by Freddie Fox, while Mark Addy plays Stan Jones, a detective who refuses to believe Sheila is behind the massacre.

They are joined by Line of Duty and The Virtues star Stephen Graham, who puts on a Welsh accent as DCI Jones.

But it appears Cressida’s performance in the opening episode stole the show, with viewers commending her acting skills on Twitter.

Another tweeted: “The drama that started the @ITV episode of #whitehousefarm certainly was intense. Cressida Bonus was convincing as a mentally ill woman.”

Someone else put: “#WhiteHouseFarm Drama or otherwise, Cressida Bonas’ short performance was outstanding.”

The drama that started the @ITV episode of #whitehousefarm certainly was intense. Cressida Bonus was convincing as a mentally ill woman. Mark Addy and Amand Burton were impressive. I was lucky enough to be an extra in a scene and in awe of them. #WednesdayWisdom #itv #writing pic.twitter.com/KxP5MAMbaw

shot herself TWICE yeah right?? brother used her mental health knew she'd be blamed for the killings sick bastard 😒 gotta wait five more eps could of been done in one! also the whispered convo between jeremy & his gf .. gotta say freddie fox and cressida bonas 👏 #WhiteHouseFarm

Others couldn’t get Cressida’s connection with Prince Harry out of their heads, following the Duke of Sussex and his wife Meghan Markle‘s announcement on Wednesday that they are stepping down as ‘senior’ members of the Royal family.

Cressida and Harry dated from 2012 to 2014, after being introduced to each other by Princess Eugenie.

Speaking on Lorraine this week, Sheila’s real-life former husband, Colin Caffell, said he thought Cressida put in a “remarkable” performance as the model, who had schizophrenia.

Colin, who was on the show with the actress, said: “I didn’t meet you until all the filming was done, but when I first saw her on screen I thought, ‘Gosh, it is Sheila at that time’.

He continued, in their chat with host Lorraine Kelly: “It was remarkable how you did that, you really did pick up the fragility of her character. You added a very heartfelt insight to that, and I thank you for it.”

What did you think of the first episode of White House Farm? Leave us a comment on our Facebook page @EntertainmentDailyFix and let us know.