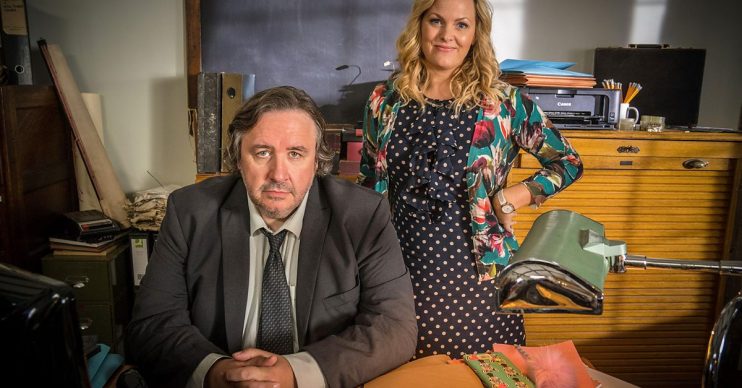 Among other guest stars Christopher Timothy and Jim Moir

Tamzin Outhwaite, Christopher Timothy, and Jim Moir are among the guest stars set to appear in the new series of Shakespeare and Hathaway.

The former EastEnders pair and the comedian – who is also known as Vic Reeves – will star in the third series of the BBC One daytime drama, which will return to BBC One on February 3rd, alongside Jo Joyner and Mark Benton,

who will reprise their roles as private detectives Luella Shakespeare and Frank Hathaway.

“The script was great fun and the cast are a dream to work with.”

Other guest stars include Ted Robbins, Sara Stewart and Sally Lindsay, who had great “fun” filming the show.

She said: “The most fun you can have in Stratford upon Avon in mid-December. Great story and lovely talented cast.”

Ted added: “I was so delighted to be asked to appear on Shakespeare & Hathaway having worked with Jo Joyner in Ackley Bridge and Mark Benton in CBBC’s The Slammer before.

“The role of both a bingo hall caller and murder suspect was novel to say the least, and I got to stay in Stratford-Upon-Avon – but I didn’t manage to meet up with old William Shakespeare.

“All in all a Midsummer Night’s Dream’ of a job.”

Series three will feature another 10 episodes of the show, and the whole series will be available on BBC iPlayer on February 3rd.