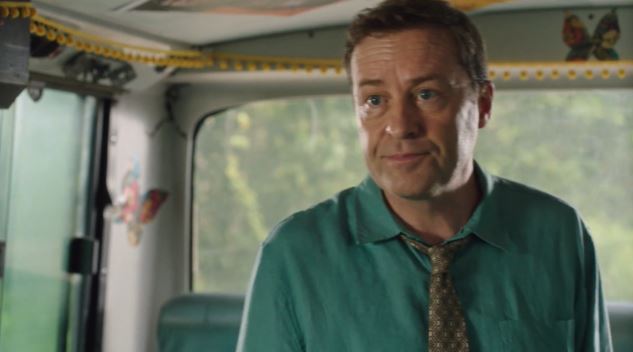 Ralf Little is set replace Ardal O’Hanlon as the lead role in Death in Paradise.

The 39-year-old actor will star in the BBC crime drama, where he will play a new detective set to take over the solving of the murders on the fictional Caribbean Island of Saint Marie after Ardal departs the show next year.

Ralf will arrive in series 10, but has previously appeared in the show in 2013 as another character.

His entry was teased by the BBC in a photograph posted on social media, which showed the back of Ralf’s head whilst he sat on a beach hammock.

Ardal, 54, will make his final appearance as Detective Inspector Jack Mooney when series nine airs next year, and previously revealed he was stepping down from the role in order to pursue other ventures.

We think fans will love him.

Earlier this month, he said: “I’ve spent the last four summers in Guadeloupe playing DI Jack Mooney, solving over 20 murder cases in my time there.

“However, it’s time to move on and explore other opportunities – preferably nearer the Arctic Circle.

“I’m confident that Death in Paradise will go from strength to strength and viewers will share my enthusiasm for Jack’s successor.”