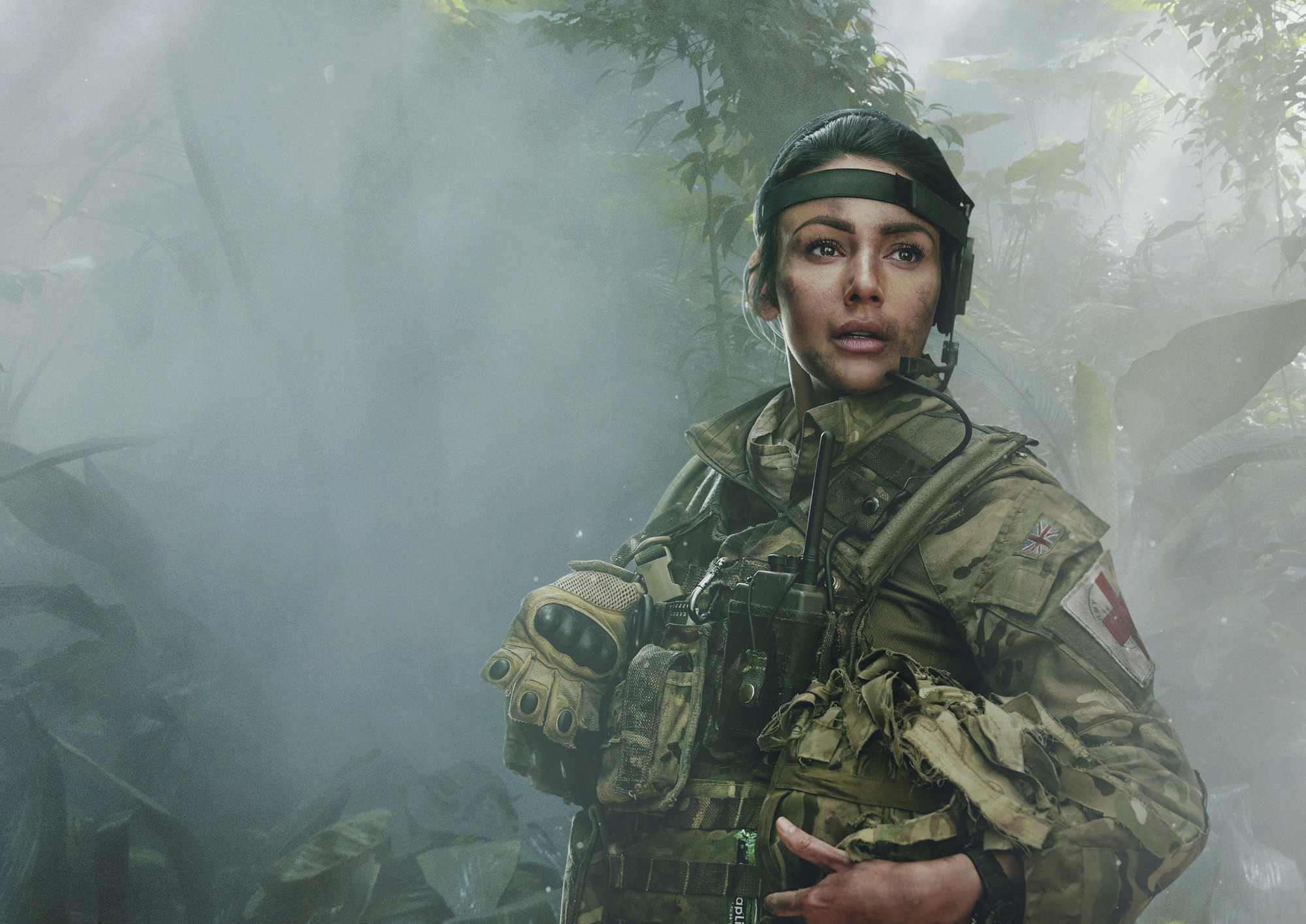 The series returns for a fourth run in 2020

And, although the fourth run of the popular army drama won’t be on our screens until 2020, the actress has teased eager fans with a behind-the-scenes shot with her co-stars.

The 32-year-old actress, who stars as Sergeant Georgie Lane, shared an off-duty snap of herself and two of her co-stars on Thursday (July 18).

Read more: Mark Wright explains why Michelle Keegan ‘went mental’ at him in the night

The new series of Our Girl sees Georgie confront painful memories in Afghanistan, but the show is usually filmed in South Africa and Malaysia. However, some scenes are filmed in Michelle’s hometown of Manchester.

Fans were quick to comment on the snap, with one writing: “Can’t wait for the new series.”

Another said: “I will be glued to the TV when it’s on.”

“Can we please have the new season as soon as possible?” begged a third.

In fact, there is no air date for Our Girl series four just yet, but we know the six new episodes will broadcast on BBC1 at some point in 2020.

The new series is split between Georgie’s home town of Manchester and Afghanistan where 2 Section are touring. Filming began in May 2019 and took place in South Africa.

The six-part comedy drama, which is set in Lancashire, follows Vincent O’Neil (Emmerdale star Joe Gilgun), who has bipolar disorder and his best friend Dylan, played by Damien Maloney.

Will you be tuning in to series four of Our Girl on BBC1? Leave us a comment on our Facebook page @EntertainmentDailyFix and let us know what you think!