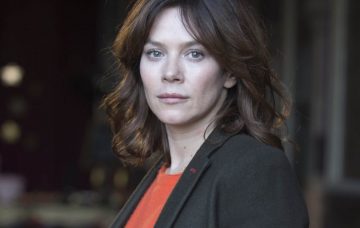 They are currently in the process of filming

ITV have confirmed Amanda Burton has joined the cast of Marcella.

Filming for the next installment is now underway.

Amanda will play Maguire crime family matriarch Katherine, with former Shameless actor Aaron playing her son Finn, and Hugo Speer will reprise his role as Frank Young after a brief appearance at the end of the previous season.

As well as new faces – including the likes of Kelly Gough, Eugene O’Hare, Paul Kennedy, Martin McCann and Michael Colgan – Ray Ranthaki will be back for the new eight-part run as Rav Sangha.

Leading star Anna Friel will be back in the title role as filming gets underway on location in Belfast, and she is excited for the show to “delve” into the character’s “unsettled world”.

Read More: Will there be a second series of Baptiste?

She said: “I’m absolutely delighted to be taking on the role of Marcella again and am very grateful to ITV and Netflix for giving me the chance to delve into her unsettled world once more.

“Everyone has been so supportive of the show and I am loving being so widely welcomed by the great city of Belfast.

“I can’t wait for the viewers to see what this series has in store.”

The new series will see Marcella in Belfast as an undercover detective using a new identity, Keira, and she infiltrates the infamous Maguire crime family.

There are questions raised about how much she has embraced her new personality and left her old self behind.

Are you excited to see Marcella back on your screens? Leave us a comment on our Facebook page @EntertainmentDailyFix and let us know what you think!