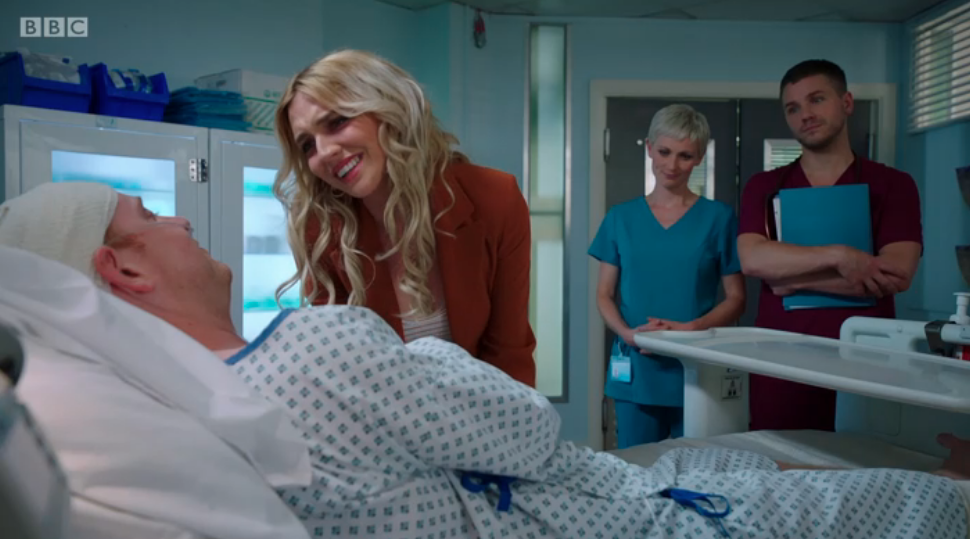 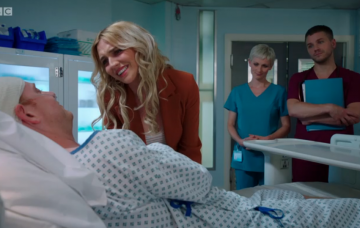 Soap fans could not believe their eyes last night as a familiar face from Walford turned up in Holby City.

Actor Charlie Clements – best known for playing nice guy Bradley Branning in EastEnders between 2006 and 2010 – was guest starring as Hughie Marsh, a patient due to undergo leg bypass surgery.

Charlie, 31, shared scenes with Holby regulars David Ames (who plays Dr Dominic Copeland) and Hannah Daniel (as Dr Leah Faulkner) as the medics battled to save his leg – and discovered Hughie also had an aneurysm in his brain which could rupture at any time.

But for many fans watching, the real drama happened when they recognised Hughie as being played by the same actor who portrayed former Albert Square favourite Bradley.

And that’s because the award-winning performer’s appearance has changed so dramatically.

Known for his thick ginger locks as Bradley, Charlie’s hair is now thinning – and some people just could not handle it.

And @Kaaaaatie_x tweeted: “No why is Bradley Branning so old?! I hardly recognised him wtf.”

Bradley from EE on Holby I just yelled

Inevitably, Charlie also came in for some harsh assessments about his changed appearance, with one fan comparing his hairline to that of a 70-year-old’s.

In the episode, Hughie had been keeping the true nature of his medical worries secret from his girlfriend Lisa, played by Florence Roberts.

The real secret for several gobsmacked viewers, however, was that ‘Bradley’ had managed to cover up he was still alive, nearly a decade after hitting his head after falling off the roof of The Vic.

“Can’t believe Bradley survived his fall from the roof, he’s ended up in Holby City years later. Man, these wait times are getting ridiculous!,” tweeted @MKLIHC.

“Poor old #bradley is still in hospital?! He fell off that roof years ago!” joked @andyhodder.

And @emmmgeo_ pondered: “What’s Bradley Branning doing on Holby with an intact skull.”

One fan even reached out to Bradley’s one true love, Stacey Slater (now Fowler) to help get the news out that Bradders had apparently forgotten who he is.

@LaceyTurner!! It’s Bradley!! HE’S ALIVE IN HOLBY GENERAL! He’s got amnesia. I know this must be a blow but even still. You must tell Max!! pic.twitter.com/kwvPdTFINL

Long-suffering Bradley perished during a memorable live episode in February 2010 in which Stacey confessed to bumping off Archie Mitchell.

Since departing, he has also appeared in Casualty, Murdoch Mysteries and as Henry VIII in a TV miniseries.