The BBC have revealed the new trailer for series five of Line of Duty and viewers are beside themselves with excitement.

The trailer promises just as much drama and as many twists as the first four series.

There's only one thing I'm interested in here and one thing only. And that's the new LINE OF DUTY TRAILER, everybody.

As you were. Or freak out. Up to you. #LineOfDuty pic.twitter.com/3GRvjhFL2g

The murder of three police officers while balaclava men hijack a transport vehicle seems to be the case AC-12 are working on when they say there's no way this crime could have been committed without inside info.

I think I stop breathing every time I see a #LineOfDuty trailer. Cannot wait.

The trailer also shows the first glimpse of Stephen Graham as Balaclava man. 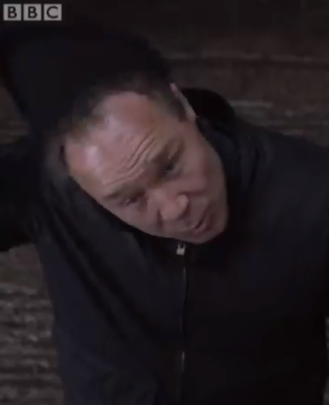 And it brings back the code name 'H' - meaning Ted Hastings isn't off the hook yet - is he the corrupt officer they're really looking for?

"This is the chance to crack the highest level corrupt officers," Vicky McClure's Kate Fleming says. "And the top man," as the camera pans in on Hastings.

"Whatever it takes, I'm in," Martin Compston's Steve Arnott replies. 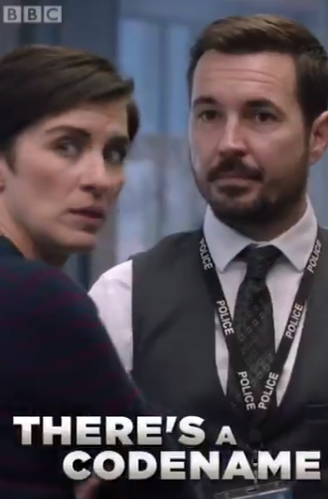 Kate and Steve are on the case - whatever it takes (Credit: BBC/Twitter)

The end of the trailer sees Steve with a gun held to the back of his head as he gets out of his car. Is his life in danger yet again? 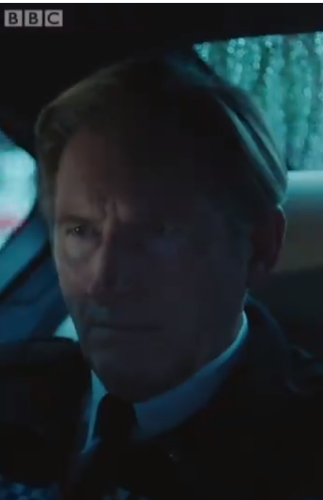 Fans have gone wild for the trailer, posting their comments underneath, desperate to know an air date, which the BBC are still keeping close to their chest - though many presume it will air once current Sunday night drama Baptiste finishes at the end of March.

Many have picked up on the hint Hastings is a baddie - and some aren't happy about it! 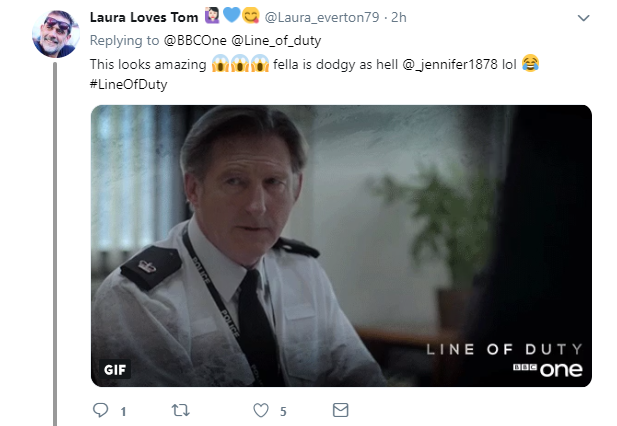 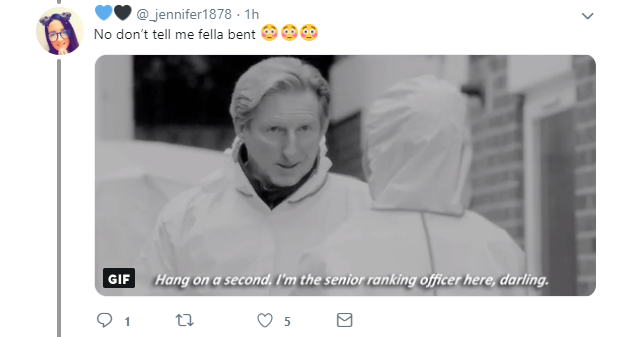 Read more: All we know about the new series of Liar on ITV

Are you looking forward to Line Of Duty coming back? Leave us a comment on our Facebook page @EntertainmentDailyFix and let us know what you think!