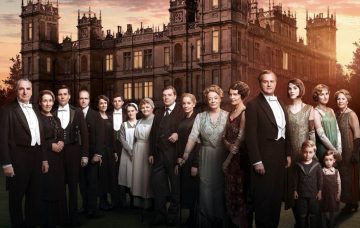 Mark it your diaries!

The Downton Abbey film will be released in September 2019, it has been announced.

Focus Features said the big screen version of the ITV period drama will open internationally on September 13 next year.

It will be unveiled on September 20 in North America.

Focus chairman Peter Kujawski said: “Since the series ended, fans of Downton have long been waiting for the Crawley family’s next chapter.

“We’re thrilled to join this incredible group of filmmakers, actors and craftspeople, led by Julian Fellowes and Gareth Neame, in bringing back the world of Downton to the big screen next September.”

The show’s creator, Julian Fellowes, has written the film’s screenplay, and he will also be co-producer.

Brian Percival, whose credits include The Book Thief and About A Girl and who directed the series’ pilot, will direct the film.

The film’s producer Gareth Neame said in a statement: “When the television series drew to a close it was our dream to bring the millions of global fans a movie and now, after getting many stars aligned, we are shortly to go into production.

“Julian’s script charms, thrills and entertains and in Brian Percival’s hands we aim to deliver everything that one would hope for as Downton comes to the big screen.”

Hit TV series Downton Abbey followed the lives of the Crawley family and the servants who worked for them at the turn of the 20th Century in an Edwardian English country home.

Over six series, it became the most nominated non-US television show in the history of the Emmys.

The period TV drama ended with a Christmas special in 2015 after six series.

The Downton Abbey movie is produced by Carnival Films, and will be released by Focus Features and Universal Pictures International.

Are you excited about the Downton Abbey movie? Leave us a comment on our Facebook page @EntertainmentDailyFix and let us know what you think!