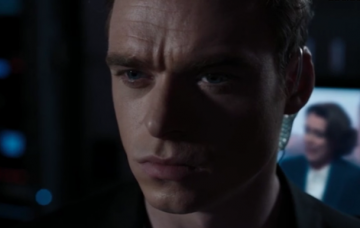 Some viewers have 'fake news' concerns

The BBC has come under fire after several prominent journalists and presenters linked to the broadcaster made appearances in hit drama Bodyguard.

News figures such as Andrew Marr, Sophie Raworth, Laura Kuenssberg and Simon McCoy have been spotted among more than a dozen cameos from familiar faces from the Beeb – and it is has all proved a little too confusing for some fans of the show.

Furious viewers have accused the Beeb of peddling ‘fake news’ after seeing reporters cast in roles similar to their real life jobs.

But a senior BBC boss has rejected claims the inclusion of journalists has ‘blurred the lines between fact and fiction’, indicating the performances do not contravene editorial guidelines.

One concerned viewer, Dugaid MacMillan, wrote online: “Little wonder the BBC is accused of #FakeNews when they insert journalists into fictional drama.”

Another, Iestyn T. Davies, added: “Really don’t think it’s wise to have @BBCNews presenters voicing what are fictional news accounts…enjoying the show but is a line crossed with this kind of content? Can you clarify editorial position please?”

Referencing BBC editorial guidelines which advise it is “normally inappropriate for a BBC correspondent in the field to front a fictional news report,” Mr Allen insisted: “This is a drama.

“You’re trying to enhance the drama. Having people like Marr and others in it allows you to lose yourself in that drama.”

Guidelines also state presenters should not be portrayed “in their usual news setting” in dramatic programming, with graphics appearing slightly different from authentic BBC “as a further visual clue to the nature of the bulletin”.

Mr Allen added no viewer could be left in any doubt what they were watching could only be a dramatic presentation due to the way scenes from Bodyguard involving Andrew Marr and a BBC studio were filmed.

“The concern would be if you thought this is actually happening. Nobody thinks that,” he said.

He continued: “It comes back to does any viewer actually think this is news?

“‘Fake news’ is about people intentionally misleading or skewing the news.

“This isn’t skewing the news, it is enhancing the drama. The two are very, very different.”

Nonetheless Bodyguard has proved very popular with TV journalists, with a host of others clamouring for a cameo in future.

Alongside light-hearted requests from the Beeb’s North America editor, a weather presenter and a technology correspondent, it seems Bodyguard writer Jed Mercurio could script a second series showing for Good Morning Britain’s Susanna Reid, too.

If we’re lucky enough to get a second series, maybe instead of the politician appearing on Andrew Marr, they’ll do GMB instead …