The BBC has confirmed when the next series of Last Tango In Halifax starts and it's coming very, very soon.

*Confirmed* Sally Wainwright’s (@spiceyw) #LastTangoinHalifax will return to BBC One at 9pm on Sunday 23 February >> https://t.co/mSTUcUie5N

In the meantime, watch all previous series now on @BBCiPlayer: https://t.co/YAd441evkH pic.twitter.com/tvxq2uFouv

The screenwriter is excited for Series 5 airing after a four-year break from screens and is already thinking ahead as to what she can do for the next season if the programme does well.

Asked whether viewers could expect another series, Sally told RadioTimes.com: "I mean I hope so. I'd like to write this show until the cows come home."

The show was last on air for a Christmas two-part special (Credit: BBC)

The BBC comedy/drama - which was last seen on screens for a two-episode Christmas special back in 2016 - stars Sir Derek Jacobi and Anne Reid as Alan and Celia, a pair of childhood sweethearts who are now in their 70s and fell in love after reuniting through Facebook.

Despite the show's hiatus, Sally hasn't been able to get ideas for her characters out of her head.

She said: "I think it's the things like this kinda slowly cook away in your brain even if you're not consciously aware of it. So it's like three years but I think they never go away.

"We went out for dinner one night me and Sarah and Nicola in January a year back ... And it was just hilarious. I was just sitting there listening to them [and wanted to] write for them again." 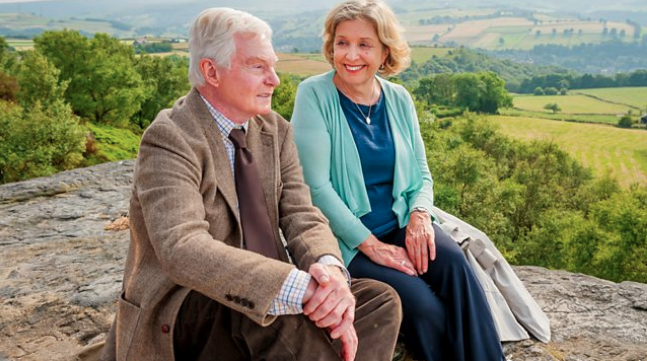 Series 5 came after Derek previously threw cold water over rumours of another run of episodes, as he claimed Sally was too busy writing other shows, such as Happy Valley and Gentleman Jack to focus on Last Tango in Halifax.

He previously said: "She's writing so many things. She's a wonderful writer, but she's got so much work that Tango is finished. It's very sad, we all loved it."

Did you enjoy the series? Let us know your thoughts on our Facebook page @EntertainmentDailyfix.