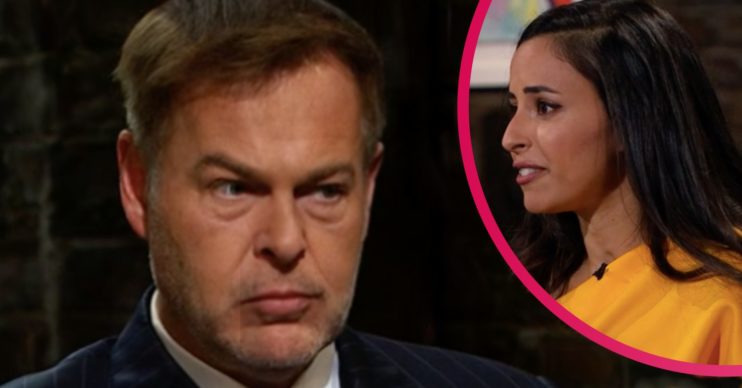 The British entrepreneur, 55, didn’t seem to be in the best of spirits this week.

He lashed out at one hopeful, even labelling their kit ‘a disgrace’.

One viewer tweeted: “Peter is so blooming grumpy tonight #DragonsDen.”

Another viewer asked: “Why so grumpy Peter? #dragonsden.”

And a third viewer commented: “Crikey Peter is grumpy tonight and quite rude to the poor girl #dragonsden. Well done @DeborahMeaden for being kind.”

Read more: How did Deborah Meaden make her fortune?

However, Peter seemed less than impressed and was particularly confused by her turnover figures.

He said: “You might be nervous Zena but this is really important.

What did Peter say to Zena?

“It is coming across as really woolly. So I’m going to start again – what has your turnover been?

“Just in those three months?”

Unable to give exact figures, Peter appeared to get further exasperated.

Finally Peter said: “So you’re losing money at the moment?”

After that, Zena rather reluctantly agreed.

Did any Dragons support her?

She argued that Zena had a good understanding of her figures.

Further irritating Peter, she said: “I totally disagree. You were talking about admin costs… nothing to do with gross profits.”

Deborah further defended her with: “She was only talking through it. Personally I thought you demonstrated very well that you had an understanding of the way those numbers were.”

Peter went on to call her children art kit “a disgrace”.

Was Peter too rude to Zena?

Additional Twitter viewers claimed he was unkind to Zena.

One user argued: “Absolutely no need to speak to the girl Zena like that! #dragonsden.”

Others offered their support by purchasing one of her art kits online.

Finally, only one of the Dragons invested in the business.

Deborah said she thought Zena could make a decent business.

However, she said she still “had a lot of stuff to work on”.

Peter Jones’ particularly grumpy episode comes just a week after it was announced Jessops had filed for administration.