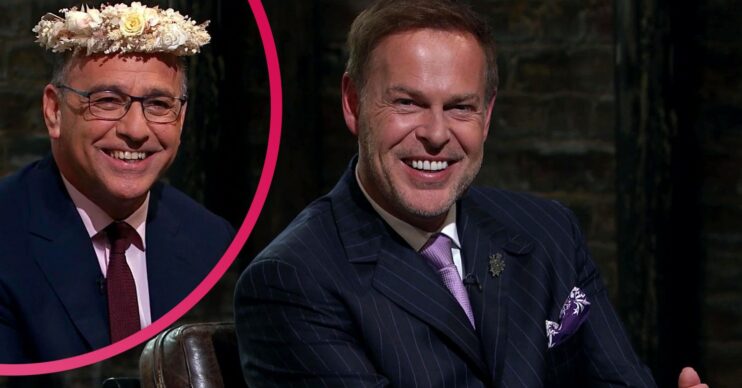 Dragons’ Den on BBC One: Is Peter Jones missing for the rest of the series?

The entrepreneur's self-isolation threw the BBC One show into chaos

Dragons’ Den viewers have been left scratching their heads this week, as Peter Jones is missing again – is he coming back this series?

Where is he and why has he missed episode this series?

Peter was missing from last week’s episode of Dragons’ Den on Thursday June 03, 2021.

There is no episode on Thursday June 17 2021 due to the football.

Peter told his Instagram followers the worrying news that his absence was down to Covid.

He said: “Since Dragons’ Den began 16 years ago, I haven’t missed a single day’s filming.

“However, when we were filming the last series, I had to self-isolate.

“When discussing with the BBC who could stand in for me I chose Theo as, in my opinion, he remains one of the great past Dragons.

When is Peter Jones back?

After missing three weeks of filming, the self-made millionaire will be back on our TV screens on Thursday July 01 2021.

And, if we’re not mistaken, his tan has been topped up during his period of self-isolation!

Been sunbathing in the garden Pete?

Did Peter Jones have Covid-19?

Although Peter needed to self-isolate, he did not reveal if he contracted Covid-19.

Either way, we’re glad he’s back filming again and back to his best.

The Dragon suffered a scary bout of pneumonia in 2010.

The star has described his gruelling battle with the virus as the “worst illness” he’s ever had.

Peter explained: “I got very, very wheezy and had trouble breathing – so much so that I thought I was going to die.

“I was put on a course of antibiotics.”

But why did he ever leave?

The former Dragon quit the show in 2012, after joining during its second series in 2005.

After announcing his exit, he told the BBC: “This has not been an easy decision or one that I have taken lightly.

“The time felt right to give up my seat, stop breathing fire and allow someone else to enjoy the wonderful experience of being a Dragon.”

Theo added: “So, it just leaves it for me to say thank you to all past and present Dragons. Thank you Auntie. I Am Out.”

Introducing the returning Dragon last week, host Evan Davis explained: “This week there’s a new but very familiar face in one of the chairs, because even Dragons aren’t immune to the effects of the pandemic.

“With Peter Jones having to self-isolate, high street heavyweight Theo Paphitis has stepped in to take his place.”

However, he made a brief return in 2019 to stand in for Touker Suleyman.

Tej will be leaving at the end of the current series and will be replaced by youngest ever investor Steven Bartlett.

In tonight’s 11th episode, the Dragons are served a selection of premium spiced rums by a confident drinks entrepreneur.

Meanwhile, a nursing bra designed to help mothers and babies breastfeed effectively is questioned over its scalability.

A heatless hair curling device invented in a garden shed is offered up, and a Midlands-based duo pitch a voice-enhanced app for learner-readers…

Will their tech concept open up a new financial chapter or will the Dragons close their books on a deal?