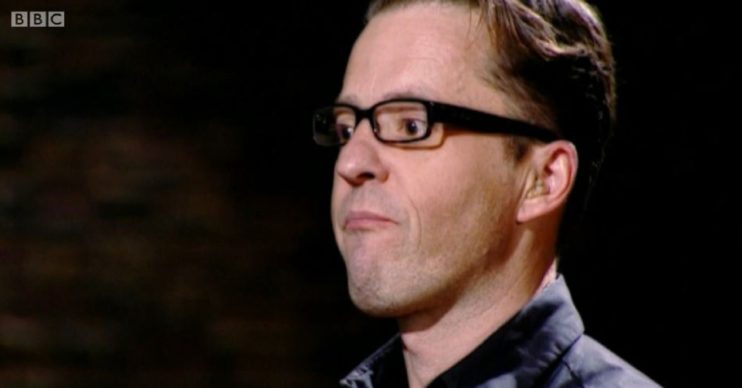 Some watching felt it was unnecessary

BBC viewers were shocked over the investors’ comments in Dragons’ Den: Best Ever Pitches last night, with some branding them “rude” and “vulgar”.

On Sunday (June 14) evening, fans of the programme were once again taken back to some of the most memorable entrepreneurial pitches ever seen on the long-running show.

What happened during Shaun’s pitch?

He explained, as he stood before the panel: “I’m looking fort an £80k investment for a 15 per cent stake in my business.”

Shaun then gave a demonstration of the Tangle Teezer, but unfortunately things fell apart during the questioning.

He also put his foot in it when he suggested Deborah Meaden‘s hair was coloured.

“You clearly don’t [colour professionally] because there isn’t any colour on this!” she told him, indignantly.

Theo Paphitis got angry as he questioned Shaun.

The investor asked: “Have any of the wholesalers given you indication that they will take this?”

Shaun started to say: “I haven’t had the product to sell, so the answer is…”

The Dragons can be absolutely vulgar.

Growing angry, Theo cut him off and stormed: “That’s absolute rubbish! Not having the product to sell is irrelevant. Actually knowing whether they’re going to take it, you can then make the product.”

Shaun tried to speak but Theo spoke over him, pointing out: “You’re not going to make the product and have 20,000 sitting in your back bedroom and [have] them say, ‘Actually, Shaun, it’s rubbish mate’. That’s not clever, is it?”

Since the episode aired in 2007, Tangle Teezer has grown into a multi-million pound company.

Reacting to the episode on Twitter, one viewer said: “Watching the Dragons being unnecessarily [bleepy] to the Tangle Teezer bloke is making me cringe. #dragonsden.”

Another tweeted: “How rude were those Dragons? Just goes to show they’re not as clued up as they make out. I hope that guy plays that footage back to them and laughs in their faces. They implied he was making no sense?”

A third put: “Gosh. I feel they are a bit rude… they expect the perfect pitch. #theonethatgotaway #dragonsden @tangleteezer is amazing – we’ve bought about six.”

Someone else wrote: “The Dragons can be absolutely vulgar to some of the entrepreneurs. If you don’t like their idea, there’s no need to be rude and attack them. #dragonsden.”

Gosh. I feel they are a bit rude …they expect the perfect pitch. #theonethatgotaway #dragonsden @tangleteezer is amazing – we’ve bought about 6.

The dragons can be absolutely vulgar to some of the entrepreneurs. If you don't like their idea there's no need to be rude and attack them. #dragonsden

What did you think of last night’s Dragons’ Den: Best Ever Pitches? Leave us a comment on our Facebook page @EntertainmentDailyFix and let us know.