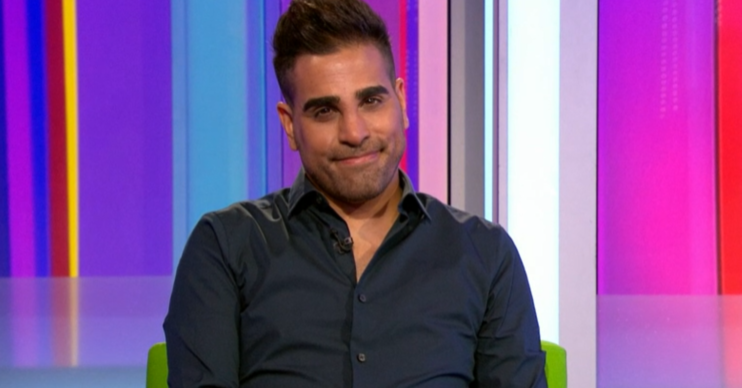 Dr Ranj has responded to angry viewers of The One Show who have called his comments on social distancing ‘irresponsible’.

The paediatric A&E consultant appeared alongside host Alex Jones and Chris Ramsey to talk about the latest announcements made by Boris Johnson yesterday (Tuesday, June 23).

Saturday, July 4 has been dubbed ‘Super Saturday’ as in England restaurants, pubs, hairdressers, and hotels can open.

One of the biggest changes is to social distancing, with the two-metre rule being relaxed to one metre if two metres isn’t possible.

Alex acknowledged some people were excited by the new rules, but others were apprehensive about being given so much freedom again while coronavirus is still killing people every day.

Dr Ranj explained his thoughts: “I think we’ve got to look at it as a positive, this wouldn’t happen unless things were heading in the right direction.”

He said we are now back to pre-lockdown levels in terms of reported cases and that although lockdown has been good, the impact on people and their mental health is worrying.

Talking about the news that two households can now meet, outside or inside, but still have to remain at the distance, Alex asked how you were supposed to explain that to a young child.

“How can you tell a small child that they’re not allowed to hug their grandparents after three months of not seeing them?” she said.

It’s not the end of the world…

The point was not to panic if you do accidentally hug.

“This is huge news for families,” Ranj responded. “In England from July 4, two households are going to be able to meet, of any size, indoors and outdoors, you can stay over, however, the advice is to try and maintain social distance whilst you’re indoors.

“That is going to be really, really tricky, we’ve got to be honest. But you’ve got to remember that actually circulating levels of coronavirus are much, much lower than they used to be.

“It’s not really a condition that affects kids either, less than two per cent of cases are kids. If they get it, they get a mild illness, they don’t even tend to spread it around – you’re much more likely to get it from another adult than you are from a child.

“So if you happen to hug as long as you’re observing all the other measures as best as you can, it’s really not the end of the world.”

Not good Dr. Ranj. You can’t re interpret the rules. It does matter. Everyone will translate what you said that it’s ok to do what they want as it won’t be the end of the world.

Not a good use of expression ‘it’s really not the end of the world’ – for 000s of families it has been &judging by the constant lies of the gov, ppl don’t believe #sackthecharlatans Also, Germany & other countries hv 2nd wave,UK will as well! @drbobgill @DrRosena @mikegalsworthy

I don’t think this kind of comment is helpful. You don’t just happen to hug, you put yourself in a situation where your kids have access to hugging. I haven’t seen my mum since January, my 4 yo is kept in a pushchair when we see my mother-in-law. That’s how you avoid it

Dr Ranj on #TheOneShow saying it’s not the end of the world to hug grandchildren – extremely BAD advice. He’s not an expert. If the rate is 1 in 1700 for cases, it could be serious for 1000s of the older generation.
Apologise or this dreadful error of judgement.

Dr Ranj hits back at The One Show viewers

Reading the tweets Dr Ranj responded to many of the disgruntled viewers insisting they were misinterpreting his comments.

No it’s not. The point was not to panic if you do accidentally hug. Social distancing should be maintained wherever possible.

I’m not sure I agree. I emphasised that social distancing should be maintained wherever possible. However, the evidence is that children don’t bear the burden of disease or transmission, so if you happen to accidentally hug, it’s not the end of the world.

He also responded to several people who said: “Back to hugging it is then!”

“That’s not what I said!” he replied.

That’s not what I said!

The One Show continues tonight at 7pm on BBC One.