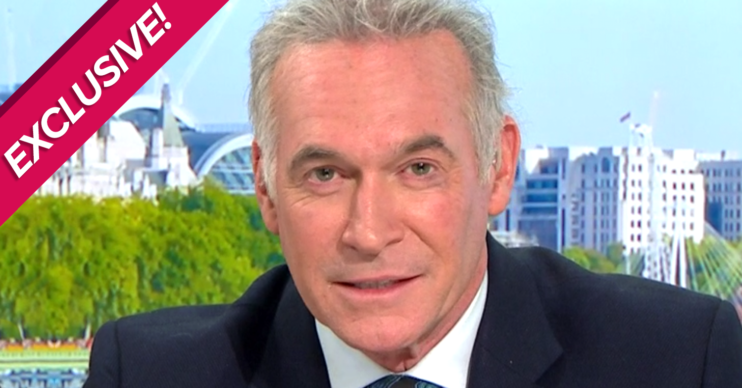 Viewers tuning in at home couldn’t help but notice that his left eye looked slightly bruised.

They were quick to take to Twitter afterwards to express their concerns.

One wrote: “@GMB @DrHilaryJones Is that a black eye or makeup mishap Dr Hilary? You okay?”

Entertainment Daily reached out to Dr Hilary’s team to make sure he was okay.

We’re pleased to confirm that the nation’s favourite GP has not suffered an injury.

The black eye is in fact a makeup mishap.

Due to lockdown restrictions, GMB’s makeup team have not been able to return to work.

So the presenters have been responsible for putting their own faces on for the cameras.

We’re not sure where Dr Hilary went wrong with his makeup but at least he does not have a black eye.

@GMB @DrHilaryJones Is that a black eye or makeup mishap Dr Hilary? You okay?

Dr Hilary discussed the issue of charging NHS staff to use hospital car parks on the show this morning.

Nurses and doctors in England have been using hospital car parks for free since the start of lockdown.

But that decision is set to be reversed.

Dr Hilary criticised the move: “I would like to ask the question, do management get free parking at NHS hospital or is it just the doctors and nurses who have to fork out?”

It was argued that not charging NHS staff to use hospital car parks would possibly result in less money for patient care resources.

But the doctor disagreed.

The WHO have acknowledged that coronavirus could also be an airborne transmitted infection. @Drhilaryjones says this theory could explain why this virus is so transmissible and why it has spread around the world so quickly. pic.twitter.com/BQNmQNx3lF

He said: “I’ve worked at Basingstoke Hospital and know that its got a massive car park which is very difficult to park in and it’s very expensive.

“They do fantastic work in the hospital, but they sold off a massive plot of land there with about 30 or 40 blocks of buildings a few years ago and all of that money went into commercial sales.

“It wasn’t ploughed back into he NHS –  why didn’t that money go into patient care and patient resources?

“How many car parks are now privately owned so the money doesn’t go into thee NHS, it goes into private providers?”

Dr Hilary added that huge changes need to be made to help NHS staff.

He added: “I think we should bring back bursaries for nurses and stop them having to pay for their own uniforms.

“I’ll be health minister. I’ll sort it out!”