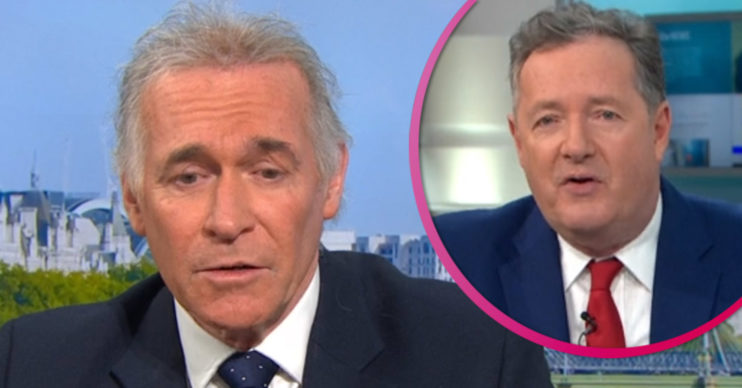 Dr Hilary Jones has apologised after he was caught out not wearing a face mask.

Good Morning Britain‘s resident doctor was spotted inside a pharmacy back in October not wearing a face covering.

The 67-year-old was visiting his local chemist picking up a prescription when a shopper snapped a picture of him without a mask.

What did Dr Hilary say on GMB about not wearing a face mask?

Explaining himself on GMB on Wednesday, Dr Hilary said the incident occurred in October.

He said: “Two months ago, I’ve done the show here, I’ve done Lorraine’s show. I’ve gone to St George’s Hospital to film what they’re doing after the NHS Charities Together.

“They’re producing some areas to relax for the staff after a hard day’s work with Covid.

“I’d done a 10-hour day and gone into a chemist in my local village to get an emergency prescription for a patient.

“Because I’m distracted and there was nobody in there I’ve forgotton to put my mask on.

“I’m in there for 60 seconds, and in that 60 seconds somebody who could have reminded me to put a mask on politely comes in, takes a photograph and flogs it to the press.”

He continued: “I am utterly sorry that I forgot to put my mask on. I put my hands up and we talked about it on air because I think almost everyone’s done it.”

He admitted that he too had forgotten his mask a few times this year.

“I’m going to be honest, I do this at least once a week. I come in somewhere, out of somewhere,” said the presenter.

“I’ll wear one into my café and sometimes I forget as I’m leaving the café. It’s literally a five metre walk.

“But sometimes I just forget. I think the line is not to not take this seriously – we believe fundamentally that masks save lives.”

“No one watching this can hand on heart say they haven’t inadvertently broken a rule.”

Piers comments were unsurprising, considering he too has recently experienced a similar backlash.