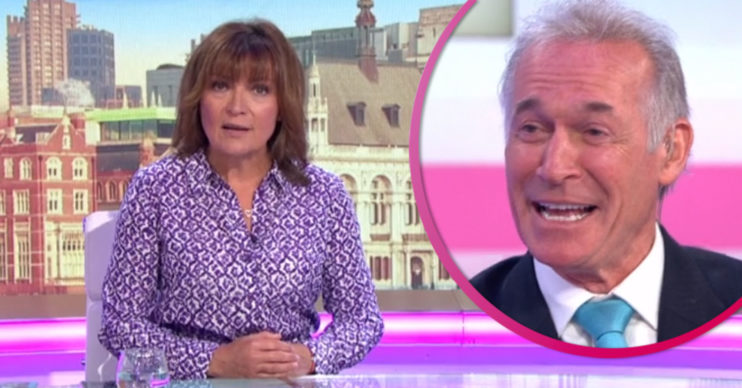 She dished out the compliments in an interview

During their chat, Lorraine gushed over Hugh Jackman after Richard asked about her having a bit of a crush on him.

Richard explained that he has a statue of Barbra Streisand’s face in his garden.

Lorraine said: “I’ve not got a Hugh Jackman statue in my garden but that doesn’t mean that I wouldn’t.

“I’m actually inspired by you. I mean, who doesn’t love Hugh Jackman? It’s the law, you have to!”

Richard asked: “Which part of Hugh Jackman do you want as a statue?”

Giggling, Lorraine said: “All of it, just all of it. He’s gorgeous! Almost as gorgeous as you Richard E. Grant.

“It’s fantastic to talk to you.”

Almost as gorgeous as you Richard E. Grant.

As the interview came to an end, Dr Hilary had some words for Lorraine.

Lorraine told the doctor: “Isn’t he great? I love him.”

Dr Hilary replied: “You are a disgraceful flirt!

Lorraine hit back: “How?! I’m not! I take exception to that!” as Dr Hilary laughed.

Meanwhile on the show, Lorraine apologised after cutting off her interview with Coronation Street star Ian Bartholomew.

As Lorraine tried to end the interview she said: “Ian, thank you so much for joining us this morning. If anyone can work it out, the guys at Corrie will get it sorted thank you so so much.”

Ian went to respond saying: “It’s been a delight -” before his call was faded and cut completely.