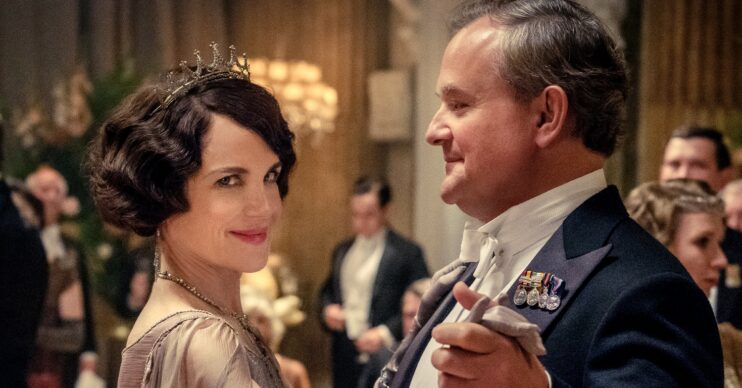 Fans have been warned to have tissues at the ready!

Fans of the period drama are being warned the heartbreaking scenes will leave them “in floods”.

Filmmakers have already shot the death but whose fate is sealed is being kept top secret.

Speaking to The Sun, an insider said Downton Abbey writer Julian Fellowes wanted it to be “so poignant”.

The source said of the scenes: “They really will leave fans in floods.

“It’s heartbreak at Highclere Castle and there won’t be a dry eye in cinemas.”

Set in a fictional Yorkshire estate between 1912 and 1926, the period drama was a huge hit.

But despite drawing in fans from around the globe, the show came to an end in December 2015.

However, in 2019, the Crawley family and staff hit the silver screen in the Downton Abbey movie.

The box office raked in a whopping £140million worldwide.

When can we watch the Downton Abbey sequel?

Rumours of a Downton sequel began swirling last year, before eventually being confirmed by producers.

It was then announced that Downton Abbey: A New Era would be hitting cinemas in December 2021 – however the pandemic put paid to that.

Gareth Neame, the film’s producer, said in April: “After a very challenging year with so many of us separated from family and friends, it is a huge comfort to think that better times are ahead and that next Christmas we will be re-united with the much beloved characters of Downton Abbey.”

However, the release date has now been pushed back to March 2022.

The sequel’s storyline is being kept under lock and key, but it has been confirmed that Dame Maggie, Hugh, Jim Carter, Laura Carmichael, Michelle Dockery and Elizabeth McGovern will return.

The official title for the next chapter was over the summer at CinemaCon in Las Vegas.

A trailer showed the Crawley family and the Downton staff preparing for an overseas journey, with Jim Carter’s Mr Carson declaring: “The British are coming.”

Scenes of a wedding were also teased.

Are you looking forward to Downton Abbey: A New Era? Leave us a comment on our Facebook page @EntertainmentDailyFix and let us know!