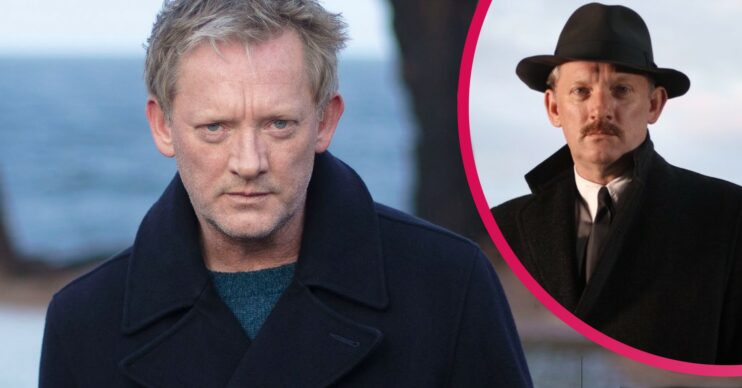 In Plain Sight on ITV1: How old is Douglas Henshall, who is his famous wife and what has he starred in before?

Douglas Henshall has been on our TV screens for decades but what do you know about him, like: who is his famous wife?

How old is he? And what has he starred in before?

The actor portrays Detective William Muncie in the three-part drama In Plain Sight repeated on ITV tonight and based on the true crimes of serial killer Peter Manuel.

Who is Douglas Henshall and what is he famous for?

Douglas Henshall, also known as Dougie, is a Scottish actor famous for his work on TV, film and stage.

He is probably best known for his roles as Professor Nick Cutter in the science fiction series Primeval, and Detective Inspector Jimmy Perez in the crime drama Shetland.

Shetland fans will be pleased to hear that Dougie will be back as DI Perez later this year.

What else has Douglas starred in?

Douglas has been on our screens for more than three decades.

His first ever TV appearance was in a 1990 episode of Taggart.

He went on to star in the 1993 series Lipstick on Your Collar as Corporal Berry, opposite Ewan McGregor and Roy Hudd.

After appearances in The Silence, South Riding and Outlander, he portrayed detective William Muncie in In Plain Sight in 2016.

He has portrayed DI Jimmy Perez in crime drama Shetland ever since 2013.

Douglas recently popped up in three episodes of the comedy Home, too.

How old is Douglas and where is he from?

Douglas James Henshall was born on November 19 1965 in Glasgow, Scotland.

He is currently 55 years old.

The youngest of three children, Douglas grew up in Barrhead.

As a teenager, he joined the Scottish Youth Theatre.

His late mother was a nurse while his father, a retired salesman, recently returned to live in Barrhead following several years in Cyprus.

Who is Douglas Henshall’s wife?

Douglas is married to Croatian playwright and screenwriter Tena Štivičić.

The pair married in 2010, after a “spur of the moment” decision to get married in Las Vegas.

He has said: “She’s about as perfect a match as I could ever find, so if it doesn’t work with her it’s not going to work.

“We’re both passionate, stubborn people, both strong-willed, so we clash from time to time.

“It’s nice to have someone who challenges me.

“She’s brighter than me and I like that, though it does drive me nuts sometimes when she reminds me of it!”

The pair have one child together.

Douglas became a dad in his 50s, and his daughter Anja Grace is four.

They live in Glasgow.

In Plain Sight airs over three consecutive nights starting from Monday June 07 2021 at 9pm on ITV1.