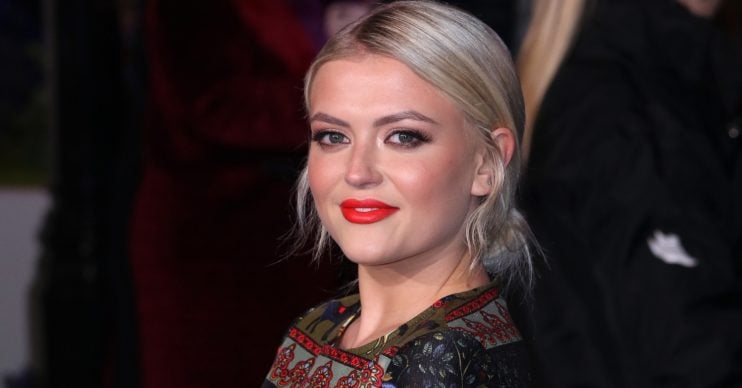 The Blackpool-born actress played Bethany Platt in the ITV soap

Lucy Fallon tackles her first big role since leaving Coronation Street as she joins the cast of ITV’s Don’t Rock the Boat.

The former soap star, 24, played Bethany Platt for five years, but is now one of 12 celebrities competing in “one of the toughest shows ever filmed on both land and sea”.

But who is Lucy Fallon and what’s the show all about? Here’s everything you need to know…

Who is Lucy Fallon?

Lucy Fallon is a 24-year-old actress from Blackpool.

She was born on November 13 1995 and developed an early taste for performing.

She began singing, dancing and acting from the age of two.

Before landing her big role in soapland, she had several part-time jobs, including working at Subway, Next, New Look, and in a bar on the Blackpool North Pier.

She also appeared as a dancer in the pantomime Sleeping Beauty at the Blackpool Grand Theatre.

What is Lucy Fallon famous for?

She joined the cast in 2015, and played troubled Bethany until her exit earlier this year.

Her role as Bethany Platt earned her widespread recognition and several accolades, including two The British Soap Awards, an Inside Soap Award, and a National Television Award.

Lucy’s character was the victim of a sickening paedophile grooming ring.

Lucy Fallon left Coronation Street at the end of her contract in 2020 to pursue other projects.

She filmed her last scenes in January 2020, and her final appearance aired on March 4.

She told This Morning: “It was mainly because Corrie was my first job, I was just at sixth form before Corrie. I’ve not done anything else.

“It kind of got to the point where I’ve been there for five years, I’ve had loads of amazing storylines, and it was kind of now or never.”

Will Bethany Platt return to Corrie?

Lucy has said she’s “keeping her options open” about her future.

She recently told The Sun she might return one day.

She said: “It was really difficult to make the decision to leave, but I’d been there for five years and it was all I’d ever known.”

But she admitted Covid-19 had “thrown it all up in the air now”.

She said: “As I left, work was starting to pick up and take off and now everything has stopped.

“I’m very conscious of the fact that I don’t want it to sound like I see going back to Corrie as a back-up – that’s absolutely not how it is.

“I absolutely love that show and I would do it a thousand times over and I obviously would 100 per cent go back there in future if they will have me.

“It’s just about me spreading my wings in a way. And trying to live with no regrets.”

What will Lucy Fallon do next?

Lucy is set to star in a radio play called Sour Hall alongside Dr Who star Pearl Mackie.

They will play a gay couple who are terrorised by a ghost.

Lucy split from her boyfriend Tom in August, according to reports.

Lucy and Tom had been together for four years, but are said to have re-evaluated their relationship during lockdown.

After leaving Corrie, Lucy revealed she was patiently waiting for Tom to propose to her.

She told the Metro: “I want Tom to propose at some point and I want to move house.

She is now thought to be single, although Don’t Rock the Boat star Joe Weller has a crush on her say fans.

During his interview on the YouTube podcast Wafflin’ Joe admitted to fancying someone on the show.

He said: “There is someone that I fancy, from the group, that I’m doing this TV show with. We’re away for three weeks, and you know. We’ll see what happens.”

Fans rushed to the video’s comments to suggest that this special someone could be Lucy Fallon.

What is Don’t Rock the Boat about?

Don’t Rock the Boat pushes two celebrity teams to their physical and mental limits as they row the entire length of Britain – from Cornwall to Scotland.

The teams will travel more than 500 gruelling miles in an attempt to win the coastal race.

The celebrities will also face a series of tough on-shore challenges to secure vital advantages over their opposition.

Don’t Rock the Boat begins on Monday November 02 2020 at 9pm on ITV and will air every night until Friday’s big finale.

Will you be tuning in to Don’t Rock the Boat? Leave us a comment on our Facebook page @EntertainmentDailyFix.