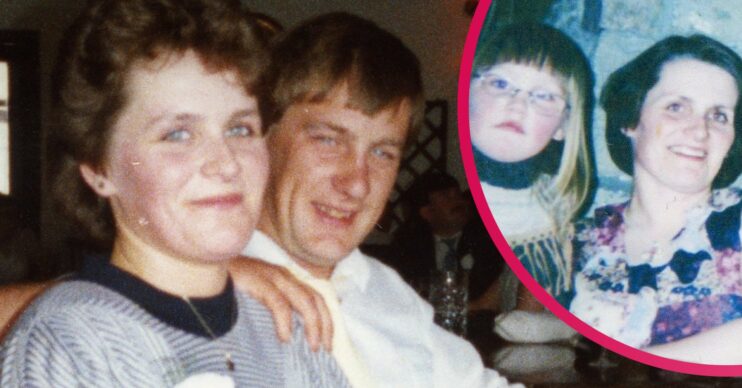 Who killed mum-of-four Dolores McCrea and why? Where is her husband Gary McCrea now?

In January 2004, her daughters waved her off for the very last time...

Dolores McCrea was brutally murdered when she was just 39 years old – leaving her four daughters without a mother.

The chilling crime is the subject of a new Channel 5 documentary Murder My Sweetheart: The Killing of Dolores McCrea (Thursday March 24 2022).

But who killed her and why?

And where is her husband Gary McCrea now?

Here’s everything you need to know about the senseless murder of Dolores McCrea.

***Warning: this article contains distressing details about the murder of Dolores McCrea***

Read more: Killed by a Rich Kid: How did teenager Yousef Makki die in 2019? Where is killer Joshua Molnar now?

Who was Dolores McCrea?

Dolores McCrea was a mum-of-four from County Donegal, Ireland.

A devoted mother, she worked part time in a local bar and played in a darts team.

She converted to the Church of Ireland faith when she married her husband.

Dolores was an active member of the Church until her death.

She was estranged from her husband Gary McCrea when she died in 2004.

Gary McRea was “abuse and controlling”

Her husband Gary was abusive and controlling.

In an article in the Irish Independent, one friend described how Dolores often had bruises.

She said: “Her self confidence was at rock bottom.

“It was obvious she was terrified of him but also terrified to leave.

“When you asked her about the bruises she would just brush it off and change the subject.”

The Irish police – the Gardai – were called out on a number of occasions after reports of violence.

Gary McCrea was described as a control freak who terrorised his family.

He once locked Dolores out of the house overnight, forcing her to sleep in the garden shed.

What happened to Dolores McCrea?

On a freezing night in January 2004, Dolores McCrea said goodbye to her daughters and left her home.

But the mum-of-four never came back.

Dolores told her father James McGrory that she was going to play darts that night with the local ladies league.

But before the darts match, Dolores had to call out to her estranged husband’s house.

She drove to the home they had once shared in the townland of Ballybulgan, outside Laghy.

He was the last person to ever see her alive.

Tragically, Dolores McCrea was murdered by her crazed husband.

Irish Garda police launched an investigation into her death and eventually all paths led to Gary.

Read more: The Thief, His Wife and The Canoe on ITV: When’s it on, who’s in the cast and is it a true story?

Who murdered Dolores McCrea and why?

The local mechanic was later described as a “cold and calculating killer”.

He had plotted to murder his wife Dolores McCrea after she left him as a result of his controlling behaviour.

Gary was furious about the breakup.

Those who knew him later revealed that he would talk to the point of obsession about his wife.

Often he would not even say her name, instead referring to her as that “bitch” or “whore”.

Tragically, there was nothing left of Dolores McCrea.

Gary McCrea built a pyre in his back garden especially for the purpose of destroying all evidence of his crime.

He started a fire so hot that not even a single strand of DNA from Dolores McCrea could be obtained.

The fire was built six-foot high, and Gary used quad tyres and drums of diesel to keep the flames burning.

He burnt Dolores’ body in the hope there would be no trace of her left.

At the time, the bonfire didn’t raise too many eyebrows with his neighbours.

The State Pathologist Dr Marie Cassidy told the trial of Gary McCrea that no DNA evidence could be obtained.

She said it was possible that one of the bones found was fractured which could suggest “direct force was applied to the neck area”.

Dr Marie Cassidy believed Dolores McCrea could have been strangled to death.

The State’s forensic dental surgeon Dr Paul Keogh said the burned teeth recovered from the fire were consistent with the dental records of Dolores.

Gary McCrea was a controlling husband, who made wife Dolores’ life a misery.

Gardai were called out on a number of occasions after reports of violence.

Her jealous husband interrogated her every time she returned home.

He regularly followed her daily movements, convinced she was seeing other men.

Dolores finally plucked up the courage to leave him in August 2003.

She took their four daughters with her to their new home – a flat on the Main Street in the town of Ballintra.

Gary McCrea refused to move on, however.

His fury at her new life led to her murder.

Tragically, Dolores is one of the 137 women across the world killed every day by a partner or member of their own family.

How was Gary McCrea caught?

When questioned by police, Gary McCrea told the garda that his wife had sold him her car on the night she disappeared.

He lied to police, saying she had left in a silver or white car which pulled up outside.

However, just days later, garda Brendan McMonagle was one of a number of officers conducting a search around Gary McCrea’s home.

The officers began searching the roads nearby.

But they soon noticed smoke drifting along the rear of Gary’s house.

Brendan McMonagle poked around the still smouldering fire, in the chassis of an old mobile home at the back of Gary McCrea’s house.

The police officers found a six-inch piece of bone in the ashes.

They then uncovered a second piece of bone which looked like a section of spinal column.

Further investigation showed that Gary had been researching how to destroy evidence of a murder.

Where is Gary McCrea now?

Gary McCrea from Laghy in Donegal is currently serving a life sentence for the murder of his wife, Dolores.

The jury of nine men and three women took four hours and 37 minutes to find Gary McCrea guilty of the murder.

He was 40 at the time, and denied murder.

Mr Justice Michael Hanna said: “There is but one sentence that this court may pass upon you.

“I sentence you to life imprisonment.”

Before Gary McCrea was led away in handcuffs to begin his life sentence, his mother Mary hugged him several times before collapsing in tears in the round hall of the Four Courts.

What have Dolores’ children said?

In court, daughter Laura revealed her father often said he would kill Dolores and “do time for her”.

She told her father’s trial at the Central Criminal Court: “He used to tell me he was going to kill my mother.

“He told me he was going to stab my mother and rip her guts out.”

Dolores’ mother Kathleen, and one of her daughters (who was 14 at the time) told the court that McCrea had threatened to stab his wife to death.

The daughter said that her father had called her mother a “tramp”, “whore” and other offensive terms.

She said: “The family and I are relieved that the trial has come to an end and that the jury has returned with a guilty verdict and that justice has been done.

“You must remember that there are two families here that are victims – both the McCreas and the McGrorys.

“My mother was a wonderful mother, daughter and sister and friend to us all and she will never be forgotten.

“We want to thank the people of Ballintra who have been there for us since Mammy’s death.”

She added: “We ask the media to let us return to Donegal to let up pick up our lives.

“I have three younger sisters who need to move on with their lives without the glare of publicity.”

Sharon said that no further statements or interviews would be given by the family.

Where are Dolores McCrea’s children now?

In 2013, Sharon took part in the crime documentary 24 Hours to Kill.

She retold the horrific tale of her mum’s murder.

Sharon explained that, after years of domestic abuse, Dolores and her daughters escaped.

The deranged killer-to-be even drew inspiration from crime dramas.

He eventually lured her to the family home under false pretences and burnt her remains in a waiting funeral pyre.

The documentary coincided with the 10-year anniversary of Dolores McCrea’s callous murder.

Murder My Sweetheart: The Killing of Dolores McCrea

One freezing night in January 2004, Dolores McCrea left her home and never came back.

Police later found her car, but that was where the trail ended.

However, the investigation eventually led to the door of her estranged husband Gary.

This feature-length documentary Murder My Sweetheart: The Killing of Dolores McCrea re-examines the crime.

It combines interviews with family members, detectives and forensic scientists to tell the story of the cold-blooded murder – and the man who nearly got away with it.

Murder my Sweetheart: The Killing of Dolores McCrea airs on Thursday March 24 2022 at 9pm on Channel 5.