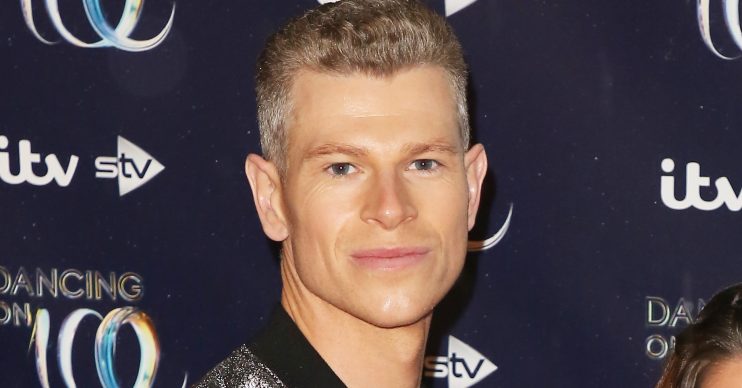 It comes after he "parted ways" with Caprice

Hamish Gaman will returned to the ice on this weekend’s Dancing On Ice.

The skater has been at the centre of drama recently following claims he fell out with his former celebrity partner Caprice Bourret before she quit the show last weekend.

After the reports, Hamish issued a statement telling fans he was “not okay” but has enough support around him.

Following Caprice’s departure from the show, it’s now been revealed Hamish will take to the ice again.

He will perform alongside his fellow professional skater Vanessa Bauer.

He’ll be doing a solo with Vanessa so he’s really excited about that.

“He’s been involved in every show since he parted ways with Caprice, but this week he’ll be doing a solo with Vanessa so he’s really excited about that.”

“He’s doing really well. He’s really busy with his professional commitments, he’s busy in rehearsals, he’s got a lot going on. He’s got his head down spending a lot of time on the ice.”

It comes after Hamish said in a statement on social media: “Hi everyone. Thank you so much for your kind messages. I’ve been overwhelmed by your love and support – it’s brought me to tears at times.

Caprice later quit the show, with her rep telling the Mirror Online: “It’s true that Caprice is no longer participating in Dancing On Ice.

Caprice also slammed claims she “bullied” Hamish and allegedly branded him “too feminine”.

Her rep told Heart.co.uk: “This is absolutely not true. Caprice only ever complemented Hamish on how beautiful and elegant his skating was.

“She has been deeply distressed by the occurrences that have happened over the last few months, and this has directly effected not only herself but her family.”