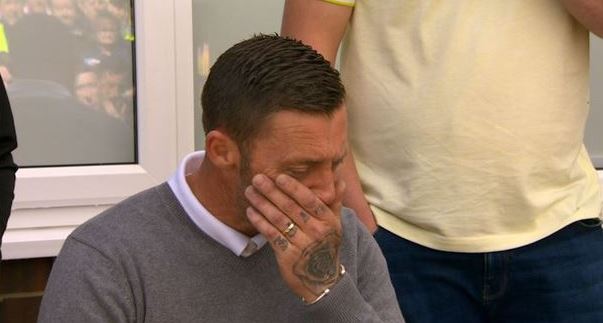 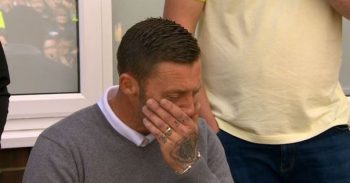 One of those TV moments that will stay with you...

DIY SOS: The Big Build kicked off a new series on BBC1 last night, with the team travelling to Hessle in East Yorkshire to help a man whose life had been blighted by tragedy.

And by the end of the hour-long show, it wasn’t just the wheelchair-bound widower who was in tears – but his sons, the whole street, the DIY SOS team and the viewing public.

Read more: This cutie turned out to be a reality TV heartbreaker

BBC viewers were left devastated as Darren Hudson discussed the tragic turn of events that had led him to needing the help of the BBC series.

A former roofer, dad-of-three Darren was left paralysed and wheelchair-bound, after he suffered a devastating injury that left him unable to walk two years ago.

Tragically, Darren’s son Olly was born with hydrocephalus and also needs the use of a wheelchair and requires 24-hour care.

Now 47, Darren told DIY SOS presenter Nick Knowles that he was left “physically unable to cope” after Sarah’s death because the house was “not set up for his situation”.

After the team renovated the house and adapted it to Darren and his family’s specific needs, the struggling dad credited them with “saving his life”.

Talking outside his home, he told an emotional crowd: “You have given me the full house back where I just had the downstairs for so long.

“It’s something we needed so bad and it couldn’t have come at a better time. It’s amazing. Thank you so much.”

Fans watching from home were heaving with tears at the amount the family has had to endure, and touched by the help given by the DIY SOS team.

In fact, so many viewers gathered online to discuss the brave family, the show was even trending on Twitter.

One tweeted: “What a heartbreaking story. How proud Darren must be of his sons. The generosity and hardwork from the people of Hull… How proud me and Jenny are to be from Hull, well done to you all @BBCOne @MrNickKnowles.”

Another said: “@DIYSOS Thanks for reminding me/everyone how amazing the British people can be. Such a deserving family!! Everyone involved deserves the highest praise!! @MrNickKnowles.”

@DIYSOS Thanks for reminding me/everyone how amazing the British people can be.. such a deserving family!! everyone involved deserves the highest praise!! @MrNickKnowles ❤️❤️

#DIYSOS what a heartbreaking story😥😥how proud Darren must be of his son’s.The generosity and hardworking from the people of Hull how proud me and Jenny are to be from Hull well done to you all 👏👏👏@BBCOne @MrNickKnowles

@MrNickKnowles I'm in tears already mate. But what an amazing father that man is.
Again, credit to you and the team for changing lives! ☺ #diysos #DIYSOS @DIYSOS

I’m actually in bits watching @DIYSOS tonight. One of the saddest stories I’ve seen on the programme @MrNickKnowles #DIYSOS

A third said: “Lately I’ve been sick of hearing and seeing how selfish some people can be. Watching @DIYSOS tonight has restored my faith in humans. Thank you @MrNickKnowles and team, I really needed this. Thankfully the world is not full of #selfishidiots we still have #heroes.”

“I’m in tears already mate,” said another. “But what an amazing father that man is. Again, credit to you and the team for changing lives!”

One more added: “I always find DIY SOS emotional, but there’s something about this one that is actually breaking my heart… #DIYSOS.”

Did you watch DIY SOS: The Big Build? What did you think? Leave us a comment on our Facebook page @EntertainmentDailyFix and let us know what you think!