Fans of Channel 4 documentary series 24 Hours in A&E were in tears as they watched a teenager crying on the phone to his mum before undergoing life-saving brain surgery.

During last night's (13.08.19) episode, 16-year-old George was rushed to hospital with his dad, step-mum and brother after knocking his head on the pavement.

Doctors were concerned as scans revealed he had suffered a bleed on the brain.

Going over the results with George and his family, a doctor said: "You've got a substantial clot. What we call an extadural haematoma. So the decision is to take it out. It's on the left side. We'll cut there and make a little opening in the skull." 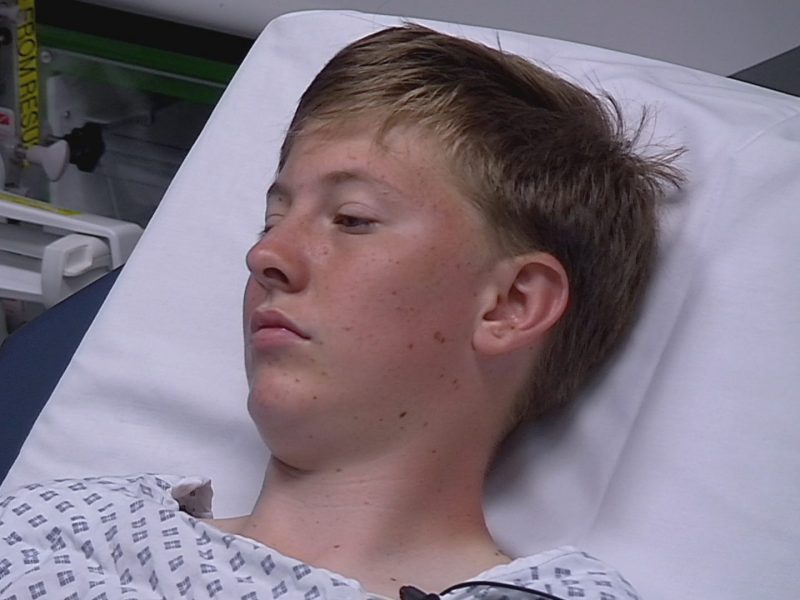 George was worried he wouldn't wake up from the op (Credit: Channel 4)

As George blinked back tears and nodded, it was revealed he was at risk of stroke and even death.

The doctor left and George, looking for reassurance, asked his family about their own experiences with surgery. His step-mum insisted he wouldn't feel anything at all, but he burst into tears as he asked, "What if I don't wake up?"

George has broken me, I'm sobbing for him.

George then asked to speak to his mum, who wasn't on the programme, and choked up as he said over the phone, "I miss you, mum. I'm just worried. I miss you, mum..."

Viewers bawled their eyes out on Twitter as the scenes unfolded, with one tweeting: "Oh, George. You will wake up. That's me gone #24HrsAE."

Someone else said: "George has broken me, I'm sobbing for him #24hrsae."

"George is breaking my heart. Little love," tweeted a fifth.

George has broke me I'm sobbing for him 💔 #24hrsae

At the end of the programme, viewers learned that George was taken to theatre for a three-hour emergency operation.

The camera cut to George's dad and step-mum at their home, and distraught viewers were desperate to know if he made it through. Thankfully, the teenager walked into shot looking chipper as he held the family pooch and sat with his parents.

He said: "I was in hospital after the surgery for four days. They were all shocked as I should have been in there for a week or so. I'm very grateful for what they've done, not just my dad and my actual mum, but my step-mum as well."

It followed heartbreaking scenes in an episode earlier this month that saw an elderly man die of a 'broken heart'.