Someone is going to get very hurt in this psychological war

Scorned woman Doctor Foster has had two years to come to terms with her husband’s affair.

But, judging by last night’s frenetic episode, GP Gemma is struggling more than ever.

Hardly surprising, really, given that her ex Simon seems intent on ruining her, now he and new wife Kate are back in their home town of Parminster.

He may have the hot young wife, a cute toddler daughter, and a huge new house – yet still he is out to destroy the woman he cheated on.

Why? Well, Gemma humiliated him – by exposing him for the dirty, rotten scoundrel he is!

In last night’s second episode, Simon showed his claws as the ever-more sozzled medic lost control of her life – and her mind.

Viewers could scarcely keep up as she got drunk with her officious colleague, Sian, who turned out to be a lesbian – and who, for a split second, was positioned as a potential love interest.

But then off Gemma popped to stalk her son, Tom… she ended up guzzling more wine as she opened up her soul to his teenage friend Max (and for a horrifying split second we wondered if she might *go there*…)

In the end, she settled on a vigorous bunk-up with teacher James, who seems to have looked right past her alcoholic, psychotic tendencies. Lust can do funny things to people…

There are three more episodes to come this second series and it’s clear that Gemma – supremely brought to life by Suranne Jones – is losing the mind-games battle with Simon.

Will he succeed in driving her out of town – and straight into a psychiatric unit?

Viewers are certainly concerned for her welfare… (although lapping up her craziness).

One told Twitter: “Gemma is so unhinged and I love it.”

Another wrote: “Dr Fozzy’s gone off the rails.” (Ya THINK?!)

A third summed it up perfectly, noting: “Gemma desperately needs to get psychological. Simon is literally making her go crazy.”

There was also praise for Suranne Jones giving great crazy!

With son Tom now very evidently going off the rails after being excluded from school for smacking his friend, who knows where this tale of revenge and hate could lead – we are already counting down the days (and stocking up on wine) for next Tuesday’s outing. 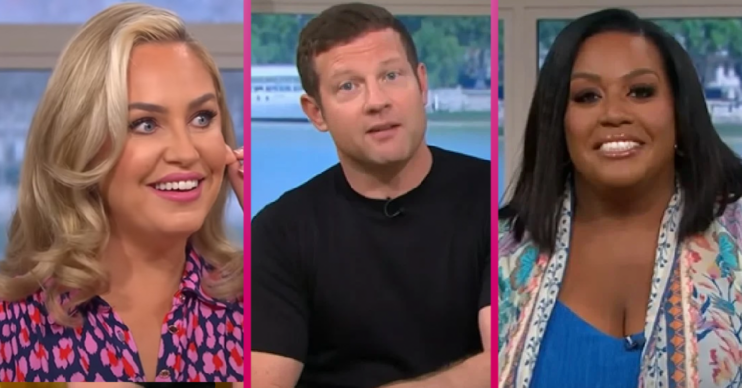