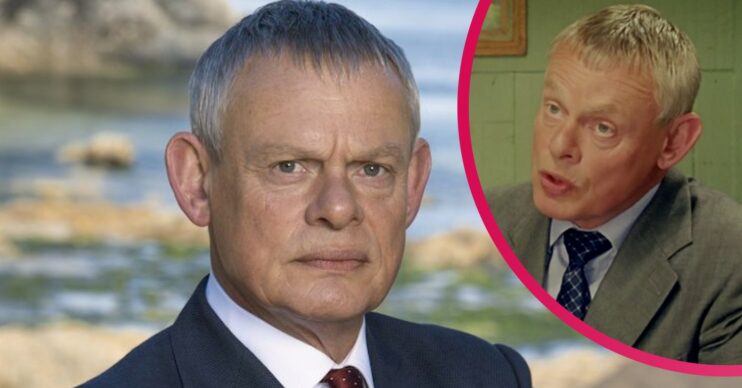 Doc Martin: How to watch all previous series for free ahead of season 10

The Portwenn drama can be watched over and over again

Doc Martin never fails to lift the spirits and – as we eagerly await series 10 – here’s how to watch all previous series for free!

Martin Clunes is preparing to say goodbye to his grouchy medic character for good.

The comedy-drama set in the Cornish village of Portwenn has been a huge hit with fans since 2004.

But sadly, all good things must come to an end.

There’s a whole back catalogue of Doc Martin at our disposal though – here’s where to see them, and the latest on the final series.

When is Doc Martin season 10 on?

Doc Martin is likely to return later this year, however ITV is yet to confirm an exact date.

Read more: All the Doc Martin receptionists throughout the seasons

Filming for the upcoming series began back in February.

Furthermore, there will also be a Christmas special to commemorate the show coming to an end.

“It’ll be sad to see the series come to an end after entertaining audiences on ITV for the last 18 years, but we’ll make sure the finale is memorable and befitting such a success story.

“Our thanks to Martin Clunes, Philippa Braithwaite and the amazing cast and crew for creating such a special series.”

How many Doc Martin series are there?

The show first aired on ITV on 2 September 2004, with a first series of six episodes.

Actor Martin has played Doc Martin from the beginning.

In the show, Doc is married to former teacher Louisa (played by Caroline Catz).

The couple have a young son called James, and a dog called Buddy.

Where can previous series of Doc Martin be watched?

Fans of Doc Martin can catch up on all episodes on the ITV Hub.

Previous episodes of the show are currently available on the website now!

What should fans expect from season 10?

The show was last on screen in November 2019.

But while it’s not yet known how upcoming series will play out, ITV have given some clues.

In terms of plot, season 10 will likely the Doc attempting to overcome his phobia of blood. And he also ponders whether giving up medicine was the correct decision.

Confirmed: The next series of Doc Martin will be the last. Filming begins in 2021 and will air next year too. Martin Clunes says, 'After 16 years we now feel that the time has come to say goodbye to Portwenn'. pic.twitter.com/xfKOOFnJ6a

Louisa, meanwhile, is now a child counsellor – operating out of her husband’s former surgery.

And with Louisa revealing her pregnancy at the end of series nine, a new baby will be on board.

Why is Doc Martin ending?

During an appearance on Loose Women, Martin explained that the long-running series was at risk of repeating itself.

In September 2020, he shared: “All good things have to come to an end, and I’m sure there are lots of people who aren’t fans of the show who think it’s terribly repetitive anyway. But we’re at huge pains not to repeat ourselves,” he said.

“I just think we’ve sort of done everything. I mean, it would be so great to just sort of carry on, but I don’t think we can keep it as good.”

The actor previously confirmed the news in a statement alongside producer Philippa Braithwaite (also Clunes’ wife).

“We have loved making nine series of Doc Martin. When we launched the series in 2004 we could never have imagined how much our loyal viewers would take to the grumpy Doc like they have,” they said.

“The series has avid fans both in the UK and throughout the world and we are thrilled that Doc Martin has topped the ratings every time.

All good things have to come to an end.

“However, after 16 years we now feel that the time has come to say goodbye to Portwenn.”

In addition, the statement concluded: “We will be making the 10th and final series in 2021 and we are very much looking forward to returning to Cornwall to film it.”