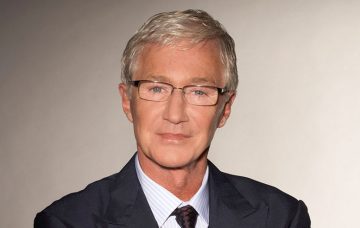 He agrees with critics...

Paul O’Grady may have an MBE from the Queen, but he’s every inch a born-and-bred working class hero.

And that’s why he used to love watching his favourite soap, Coronation Street.

But, he now admits, the soap is barely recognisable from the soap he adored of yesteryear.

Read more: Coronation Street’s Kate O’Connor and Rana Nazir to have a baby?

In quotes printed in Best magazine, the popular TV host and occasional drag queen revealed the soap is more like a war zone these days.

When asked if he’s still a diehard Corrie fan, he seemed to choose his words carefully…

He replied: “It was about working-class life in a little street, but now it’s like Syria!

“There used to be these wonderful vignettes in the Rovers – a conversation over nothing.

“The one they write well for is Mary. She’s fantastic. She delivers some off-the-wall lines beautiful!”

Paul, 62, appears to be agreeing with critics who have complained about the soap’s recent trend for darker storylines.

It’s not the first time Paul has gone cold on the soap, though. He has previously admitted that narrating the ill-fated Corrie musical put him off watching the soap for a while.

The official musical, Street of Dreams – featuring Kym Marsh and Corrie veterans Julie Goodyear and Kevin Kennedy – was performed just twice in 2012 before it was shelved.

At the time, he said: “I was a fan of Coronation Street, and then they did an awful musical and that put me off for the year.

“I couldn’t even listen to the theme tune.”

Do you agree with Paul O’Grady? Leave us a comment on our Facebook page @EntertainmentDailyFix and let us know what you think!