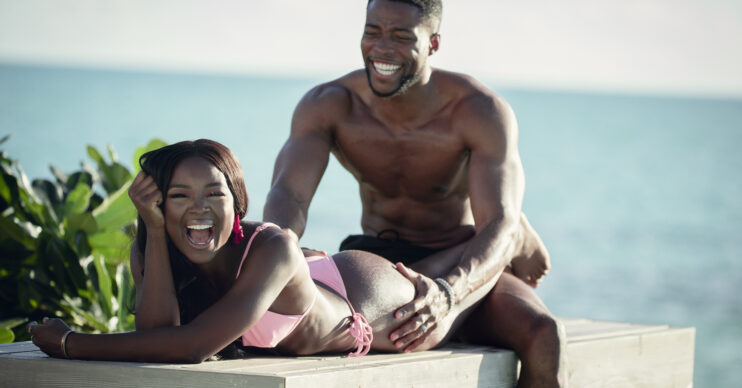 Did Marvin and Melinda last after Too Hot To Handle season 2?

These two had a bumpy right to the finish line but what happened after?

Marvin and Melinda were one of the stand-out couples of Too Hot To Handle season 2.

Catching each others’ eyes from the start, not even a $100,000 prize could stop them from keeping their hands off each other.

But throughout all that, it seemed like a real relationship was starting to grow.

So what happened after the cameras turned off? Did they last?

Here’s everything you need to know about this gorge couple (and if they’re still a couple).

What happened on the show?

Marvin and Melinda were immediately attracted to each other, but they had far from an easy ride.

Both hesitant to commit to each other, Marvin started flirting with other girls, causing Melinda to share a snog with Peter.

Over the course of the series, the pair would fall out and make up again. Eventually, after one row, they became the only couple to have sex in the villa.

Read More: Too Hot To Handle season 2: Are Robert and Christina still together?

But when AI robot began to work her magic, things started to soften between the pair and they began falling for each other.

Marvin realised that he needed to treat Melinda better, and Melinda knew she needed to open herself up to him.

Eventually, their progress was so impressive that Marvin was announced as one of the finalists alongside Carly and Cam.

Are Marvin and Melinda still together?

Sadly, on the reunion special, Melinda and Marvin confirmed that they were no longer together.

They did give it a go, but on the eve of a romantic holiday to Mexico, they got in a fight and Marvin ghosted her.

She ended up going alone, and Marvin later went with his THTH bro, Chase De Moor.

Melinda also refused to take any of his winnings, saying he had ‘earned every cent’.

Despite their split, they are now back in touch and Melinda said she ‘still has love’ for Marvin.

‘For a long time we didn’t talk or anything but now we talk and we are on good terms and I don’t know what will happen but we’ll see,’ Marvin said.

‘We’re not together anymore even though I do miss her a lot.’