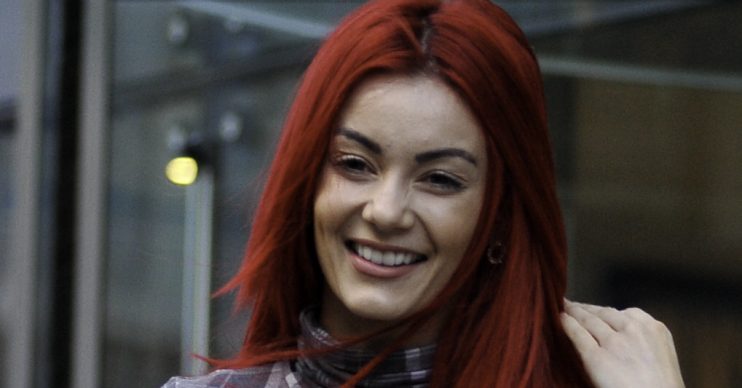 Always known for her red locks, Strictly pro-dancer Dianne Buswell has turned it up a notch with a stunning new hair transformation.

Dianne, 30, wowed her fans on social media by sharing a snap of her new hairdo and revealed that she went into the hairdressers asking for longer hair.

Her wish was granted!

Visited my angel of a hairdresser this morning @vickyhairreinvented honestly this girl is just AMAZING I went in and said I feel like I want my hair longer and boom she delivered!🙏 @larrykinghair @greatlengthsuk #hair #hairstyles #hairextensions

Pictured showing off her stunning red, chest-length hair on Instagram, Dianne captioned two images by saying: “Visited my angel of a hairdresser this morning @vickyhairreinvented.

“Honestly, this girl is just AMAZING. I went in and said I feel like I want my hair longer and boom she delivered!”

Many of her 885,000 followers queued up to pay her new ‘do compliments.

“I kinda wanna dye my hair red now?” one wrote.

Another said: “Woah woah, your hair is unreal!! You look beautiful.”

Dianne’s longer locks are in stark contrast to the sleek look she shared earlier this month.

She posted a snap that showed her with a side parting and a sharp, shoulder-length cut.

But now the star – who’s on tour with her former Strictly partner and real-life beau, Joe Sugg – has opted to go much longer.

The couple have been dating for more than a year and took things to the next level by moving in together last year.

Although she’s been away on tour working her butt off every evening being incredible at what she does. This girl continues to be so supportive of me in everything I do ❤️

Ever since they announced they were dating, the cute couple have had to dampen rumours that they going to get married and have kids.

Last year, Dianne sparked pregnancy rumours during a trip back to her native Australia.

She posted a snap to her timeline, this time showing the pair sharing an ice cream.

“What’s yours is mine and what’s mine is yours, even choc mint ice cream! That’s true love,” she said, before leaving a heart emoji.

And it wasn’t long before one fan spotted something in the couple’s PDA, asking: “Is that a little baby bump I see?”

Dianne also opened up in 2019 about “exercising excessively” when she was younger and how it left her barely able to walk up the stairs.