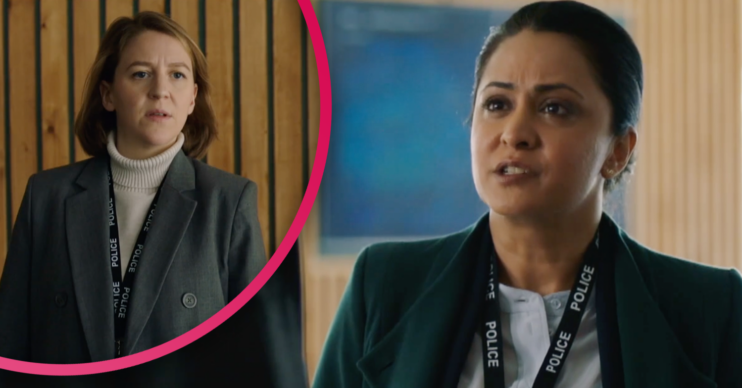 ITV has dropped the DI Ray trailer and launch date – and we cannot wait to tune in.

It seems we can’t get enough of new crime drama, and ITV is back at it after announcing a new series.

DI Ray will star Bend It Like Beckham actress Parminder Nagra and is being made by the production company headed up by Line of Duty creator Jed Mercurio.

What is new ITV crime drama DI Ray about?

The series will be four episodes long and tells the story of Rachita Ray (Nagra).

Set in Birmingham, it sees Rachita receive the promotion she’s been eyeing for ages.

Read more: 10 really good crime dramas based on real-life killings that you can stream right now

However, her heart sinks when she’s assigned to a murder investigation or a ‘culturally specific homicide’.

She thinks she’s been chosen for the investigation for ethnicity rather than her ability.

Never one to shy away from a challenge, Rachita sticks to the case.

And it’s far from easy. The case isn’t a run-of-the-mill murder; it involves delving deep into the dangerous world of organised crime.

Rachita is more than up for the task, but what she didn’t count on is what this case stirs up inside her; the realisation that she’s been burying a personal identity crisis her whole life.

And, if the trailer is anything to go by, the series looks set to be explosive.

Who has written DI Ray and where have you seen Maya Sondhi before?

But there’s another strong Line of Duty connection: actress Maya Sondhi has written the series.

Maya, 38, has appeared in the likes of Casualty and Citizen Khan, but also the hit BBC One crime drama.

And we all know what happened to poor Maneet…

When will new crime drama DI Ray be on?
New ITV drama DI Ray starring Parminder Nagra will air on Monday May 2 to Thursday May 5 at 9pm.