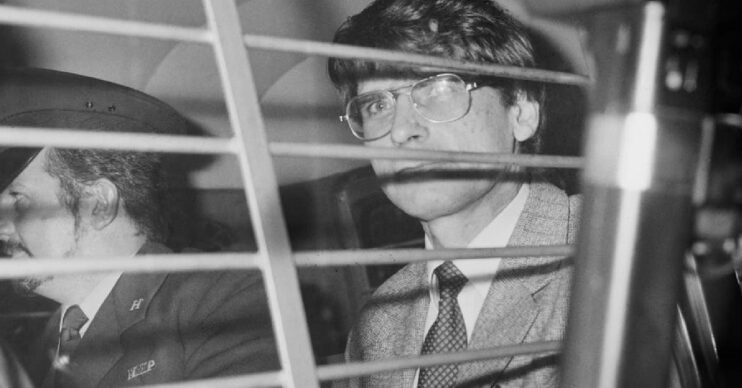 In letters sent to a biographer, twisted killer Nilsen blames his grandfather for his past.

Serial killer Dennis Nilsen blames his relationship with his grandfather for ‘fusing his idea of love and death’ in private letters to a biographer.

In new Netflix documentary Memories Of A Murderer: The Nilsen Tapes, the Muswell Hill Murderer lays out his life story on tape.

Recording more than 250 hours of material alone in his cell, he speaks about his victims and desire to kill.

However, later in his life, Nilsen also starts to claim his grandfather was a paedophile that would abuse him as a child.

“I vaguely remember that concrete, slit-eyed pillbox where strange things had happened between my grandfather and me,” he wrote in a letter to Russ Coffey.

“It is a most horrifying admission to make, that the only tactile contact I had in my early formative years, was the painful and confusing paradoxical embrace of a paedophile.”

In the tapes, Nilsen adds that his mother was cold and distant towards him. He says his grandfather was the only one who paid him any attention.

But in contrast to his claims, Nilsen later says on tape: “He was, to me, a great man. The broad sweep of his 62 years is too great for this short narrative, but his mark upon me is indelible.”

Nilsen’s grandfather died when he was five years old, and as a result, was the first dead body he saw.

He believes it was this exposure that ‘fused the idea of love and death’.

However, Nilsen’s mother says on camera their relationship was closer than he makes out. She acknowledges his close bond with his grandfather, and Nilsen’s struggle with his death.

With such widely varying accounts, Coffey has since come up with his own theory.

“Nilsen could paint such a vivid picture of a romantic outsider character that made it hard to believe that he killed out of pure evil,” Coffey explains.

“He needed to see himself in a certain way, and the grandfather story… It’s possible – but there’s no evidence of it. So I cannot help but feel that it’s simply Nilsen trying to find another villain other than himself, to point the blame elsewhere.

“Society didn’t create Nilsen. That’s what he’d like you to believe. But we’ve still got to take responsibility for creating the prejudiced society that allowed him to kill over and over again.”

What happened to Dennis Nilsen?

After the arrest, Nilsen plead not guilty due to diminished responsibility at the Old Bailey.

However, he was found guilty of six murders, and two attempted murders.

As a result, he spent the rest of his life in prison at HMP Full Sutton in East Yorkshire.

In the days prior to his death, he had undergone an operation and suffered a blood clot.

His official cause of death was listed as ‘a pulmonary embolism and retroperitoneal hemorrhage’.

Memories of a Murderer: The Nilsen Tapes is available on Netflix now.