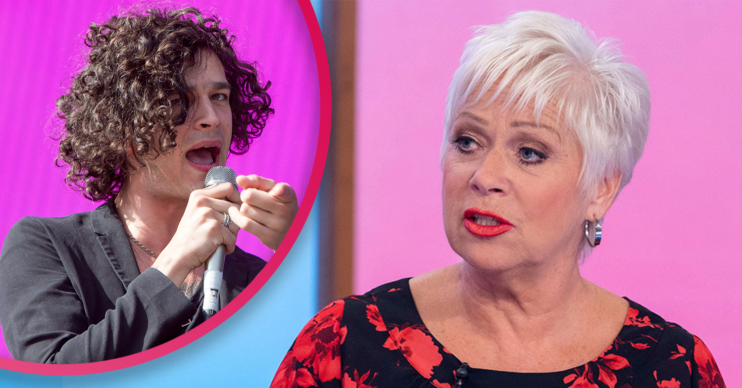 Denise Welch reveals heartbreaking The 1975 song was penned about her

The Loose Women star explained the meaning behind She Lays Down

Denise Welch has opened up about The 1975 song She Lays Down.

Her son Matty Healy, who is the band’s frontman, wrote the deeply personal track.

Denise Welch discusses The 1975 song She Lays Down

Speaking on Good Morning Britain, she revealed the lyrics are about her battle with depression after he was born.

“The song is called She Lays Down because when Matthew was first born, I couldn’t love my child.” she said.

“What lot of people don’t understand is depression is not persistent sadness.

“Sadness is an emotion that comes as a result of circumstances.

“When my mum died I was sad. I was grief stricken – all of the emotions that you are supposed to have.

Denise added: “That is why we read sometimes about tragic circumstances because a life without feeling is no life at all.

“I used to lay down and though I’m not religious, I used to pray to the universe, to anything, to help me love my son because that was taken away from me after five days when my depression set in.”

Matty Healy penned the song about his mum

The lyrics of the song describe Denise’s torment at not feeling any love for Matty.

It also talks about her wanting her life so that her pain would stop.

“The reason he wrote that song is because when he was older,  I explained my illness to him,” Denise explained.

“[When my kids were younger], they just used to hear ‘mummy’s got her things, mum’s not very well’.

An introduction to my story of living with depression since the birth of my first child.

“Obviously, he grew up with an understanding of mental illness which now Matthew uses his voice for – for the greater good.

Denise has opened up about her battle with mental illness in her book Denise Welch: Living with Depression.

The title is already a well-deserved best-seller.

She dedicated the final chapter of the book to her family and went into detail about her mental illness has affected the,.

“The people who love and live with people with depression – it’s very hard,” she added.