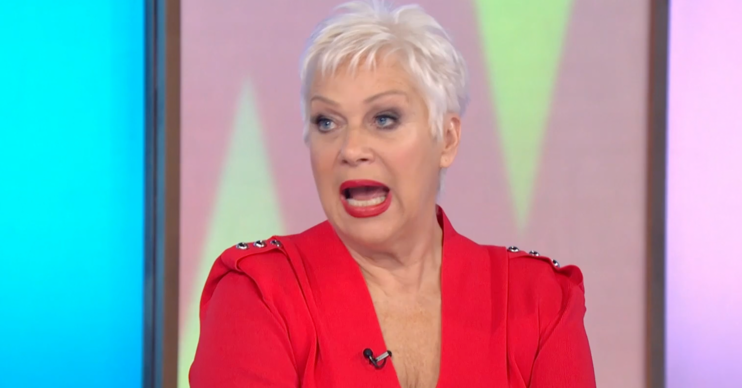 Denise Welch has hit back a troll who tweeted that they “can’t stand” Loose Women.

Denise, who recently lost her dad Vin, also declared that being on the show today had been “good for my soul”.

What did Denise say to the Loose Women troll?

Denise must’ve been scrolling through the Loose Women hashtag after the show when she spotted the comment.

It said: “I’ve no idea why #LooseWomen is so popular. I can’t stand it.”

Denise had some wise words for the hater.

She told them: “Don’t watch it then. Simples.”

They didn’t leave it there though, with the person responding to Denise’s reply.

They said: “I normally don’t – I’m off work ill and channel flicked onto it!”

However, clearly keen to make amends with the star, they added: “BTW I think you’re fab as Miss Trish in Hollyoaks!”

The memes quick came, with one Denise fan declaring: “Busted!”

How did other fans react?

Others admitted that they love the show and seeing Denise on it.

“I absolutely love Loose Women, Denise…..I have watched it since the very beginning and have been in the audience several times,” said one.

Another added: “I love @RealDeniseWelch and @McGiff keeping it real! Go girls!”

After the show today, which saw Denise speaking about being both a cheater and being cheated on, the star took to Twitter to reply to her pal Brenda Edwards.

Brenda tweeted it was going to be a “crazy fun” Loose Women today and Denise appeared to confirm that indeed it was.

“Had such a laugh today with these girls,” Denise said. “Good for my soul.”

Head to our Facebook page @EntertainmentDailyFix and tell us if you’re a Loose Women fan.