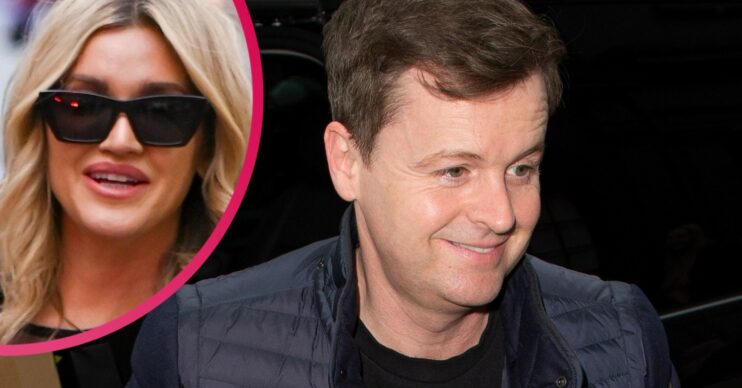 Declan Donnelly’s famous girlfriends before he fell for wife Ali Astall – some may surprise you!

The Limitless Win star is now a happily married man

Declan Donnelly is a happily married man, but he dated a fair few stars before settling on the love of his life.

The Limitless Win star got married to wife Ali Astall in 2015 in a star-studded ceremony.

They reportedly began dating in late 2013, only for Dec to propose the following year.

His best mate and co-star Ant McPartlin was his best man.

Dec and Ali share a daughter, Isla, who is now three years old.

But who else has Dec dated?

Dec dated actress Clare Buckfield for 11 years after they first met as teenagers.

Read more: Ant and Dec apologise for shouting at children on SMTV Live

They split in 2003, with Dec blaming their busy schedules for their eventual break-up.

They may not have lasted forever, but that didn’t mean they aren’t on good terms.

After they split, Georgie said in an interview that they just wanted different things.

“In the end, it wasn’t to be and the reality is that if one person wants one thing and one person wants another – and never the twain shall meet – you have to be grown-up about it, however painful that might be, and accept that.”

Read more: Piers Morgan becomes the butt of the joke on Twitter after Declan Donnelly jibe

There’s also another woman that was rumoured to be in Dec’s life.

Ashley Roberts and Dec were linked shortly after her stint in the I’m A Celebrity jungle in 2012.

Ashley said at the time: “I’d like to get to know Dec better. It would be nice to go for a drink and a chat.”

The following year, she said: “We’re trying to keep it out of the public eye. We’re just getting to know each other. We’re having fun, but I’m single.”

The pair have remained good friends, and Ashley even attended Dec’s wedding in 2015.

Meanwhile, what do you think? Let us know on our Facebook page @EntertainmentDailyFix.