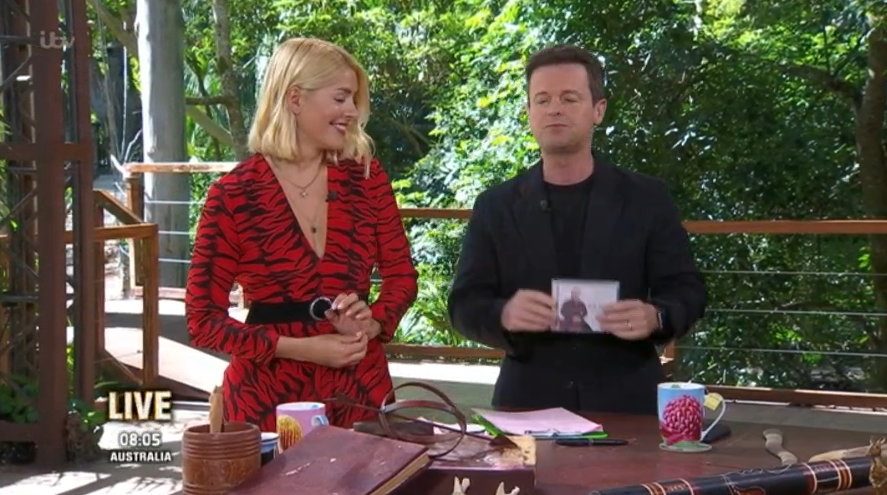 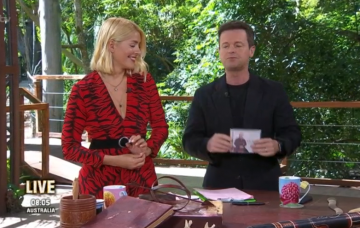 Declan Donnelly poked fun at I’m A Celebrity’s Noel Edmonds after revealing the TV veteran has released a meditation CD.

The host had viewers in tears of laughter when he showed a copy of the album, called Noel Edmonds: Positively Tranquil.

Dec brought out the CD between footage of Noel and Harry Redknapp triumphing on last night’s astonishing bushtucker eating trial.

The pair had completed the first half of the challenge, keeping a series of jungle critters in their mouths for 60 seconds, and were about to face the next part, eating sheep’s brains and popping fish eyes with their teeth to drink the juice.

Back in the studio after a commercial break, Dec said: “Harry and Noel have won seven stars up to now.

“But if you thought it was disgusting so far, things are about to go to a whole new level.”

Co-presenter Holly Willoughby, who had to avert her eyes several times from the nauseating trial, said: “This is all very stressful. How would you cope with something like that?”

It was at that point that Dec revealed the CD, saying: “Well, if it was me, I would stick this on — Noel Edmonds: Positively Tranquil. Soothing music for positive thoughts.”

When Holly asked: “Wow. Is that real?” Dec confirmed: “This is real.”

He added: “But it does work. Listen to this, it really relaxes you,” before the show played one of the meditation tracks.

Pretending he was advising Noel, Dec said: “Noel, you’re waiting in reception at the spa, pop on your complimentary slippers and take a sip of cucumber water and relax.

“Then just stick six live witchetty grubs in your mouth…” as Holly interjected: “Followed by 20 cockroaches.”

Noel and Harry won the admiration of viewers by successfully winning all 11 stars for camp during the bushtucker trial.

Fans took to Twitter to praise the pair but couldn’t quite believe Noel’s album was real, which it very much is.

Much as I’d love to have taken the p*** out of Noel Edmond’s tranquility CD, now I actually really want to listen to it. Man is a legend #imaceleb

* I’m A Celebrity… Get Me Out Of Here! is on every night on ITV.

Would you buy Noel’s CD? Leave us a comment on our Facebook page @EntertainmentDailyFix and let us know what you think!